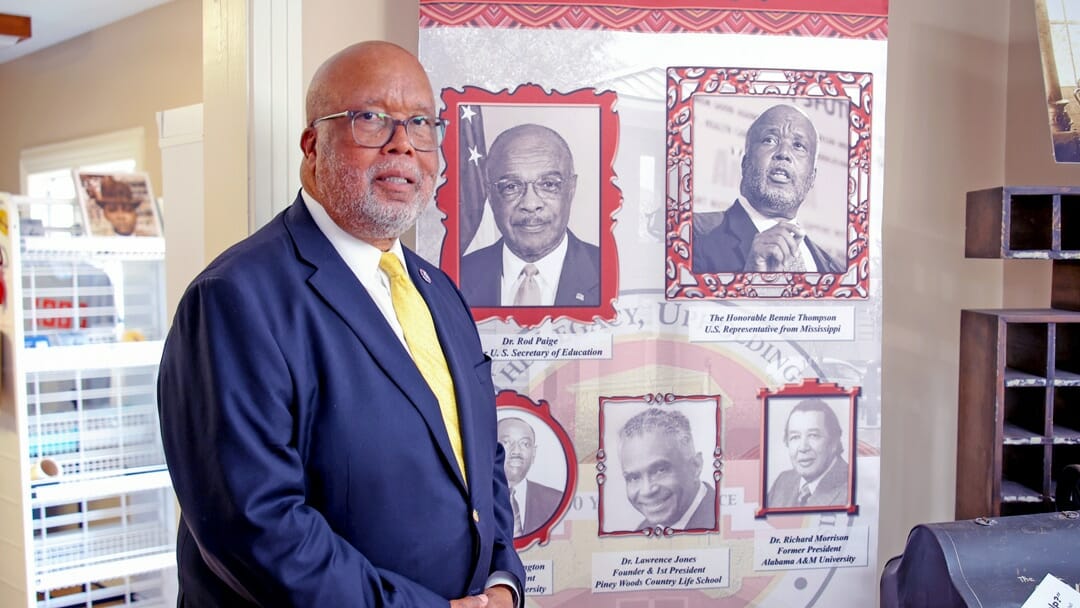 The museum tells the history of the Utica Normal and Industrial Institute, a “little Tuskegee” founded in 1903 by William Holtzclaw as a place to educate Black citizens. The Utica Institute later became Utica Junior College, and eventually merged with then-Hinds Junior College in the early 1980s. The Utica Campus is designated as an HBCU, Historically Black College and University. The museum is located in the former Vice President’s Home located on the campus.

Thompson, who graduated from Hinds Agricultural High School, reflected on his time at the school and the fond memories he has.

“Someone once said that we are a sum total of our experiences. My experience on this campus absolutely opened doors for me,” he said. “It was those experiences that taught me, and the people I met here. All of that is the history of this campus. We need to make sure we retain that history. This museum is long overdue,” he said.

Rockoff noted that the project has gotten two grants from the National Endowment for the Humanities. “These grants are not easy to get. They are extremely competitive, and so the fact that they were awarded this grant, and a second grant, is a testament to the quality of the team at Hinds Utica Campus. And also a testament to the national significance of this story,” he said.

The Mississippi Humanities Council has also helped support the Jubilee Singers exhibit and Creation of outdoor program space and an interpretive trail, “all focusing on sharing the extraordinary story of William Holtzclaw and the institution he created,” Rockoff said.

Visit uticainstitute.org to learn more or schedule a tour.