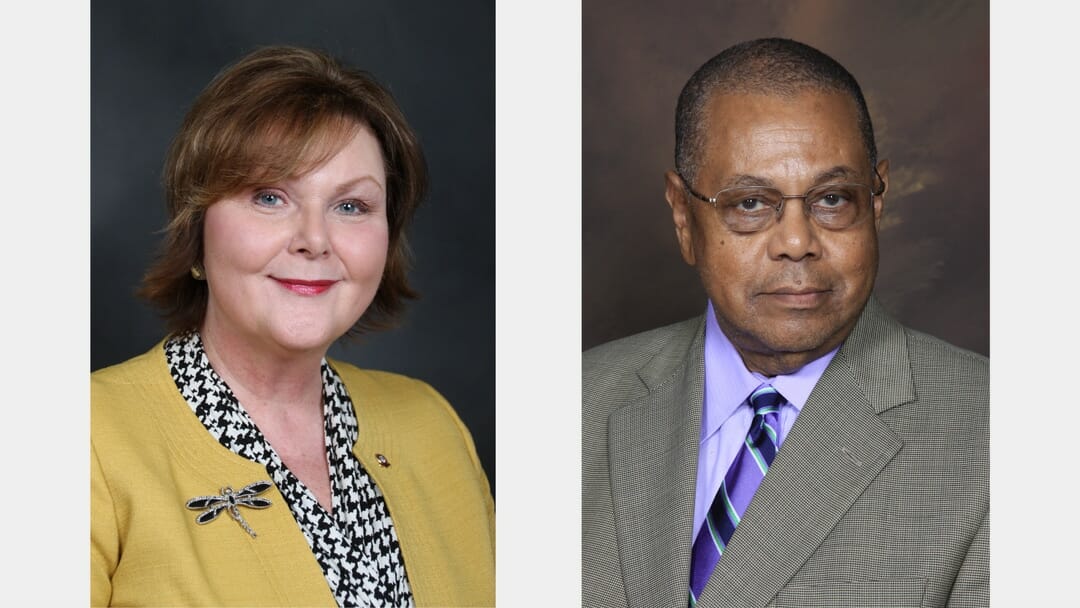 Retired vice presidents Dr. George Barnes and Colleen Hartfield have been awarded Emeritus status by the Hinds Community College Board of Trustees, bringing the total number of people recognized with this prestigious status to 47.

He and his wife, Doris, have established a scholarship for Utica Campus students through the Hinds Community College Foundation. The Technology Building on the Utica Campus bears his name.

Colleen Hartfield began her career at Hinds in 1984 as Assistant Director of Public Relations and was promoted to director a year later. She served at Hinds until 1992 when she left to work at Mississippi Gulf Coast Community College where she advanced to become Vice President for Institutional Relations and Governmental Affairs.

She returned to Hinds in July 2006 as Vice President of Community Relations and Governmental Affairs and served full-time until her retirement in June 2016. She returned in a part time position as Executive Assistant to the President for Special Projects and served as the director of the college’s Predominantly Black Institutions (PBI) Grant. She and her husband Rick have established a scholarship through the Foundation in memory of her sister.

Both Dr. Barnes and Hartfield received the Hinds Community College 3E (Emphasis on Excellence and Enrichment) Award – the highest award given by the college – during their tenure and they were both named among the 100 People Passionate about Hinds during the Centennial Celebration. Both will be recognized as Vice President Emeritus.