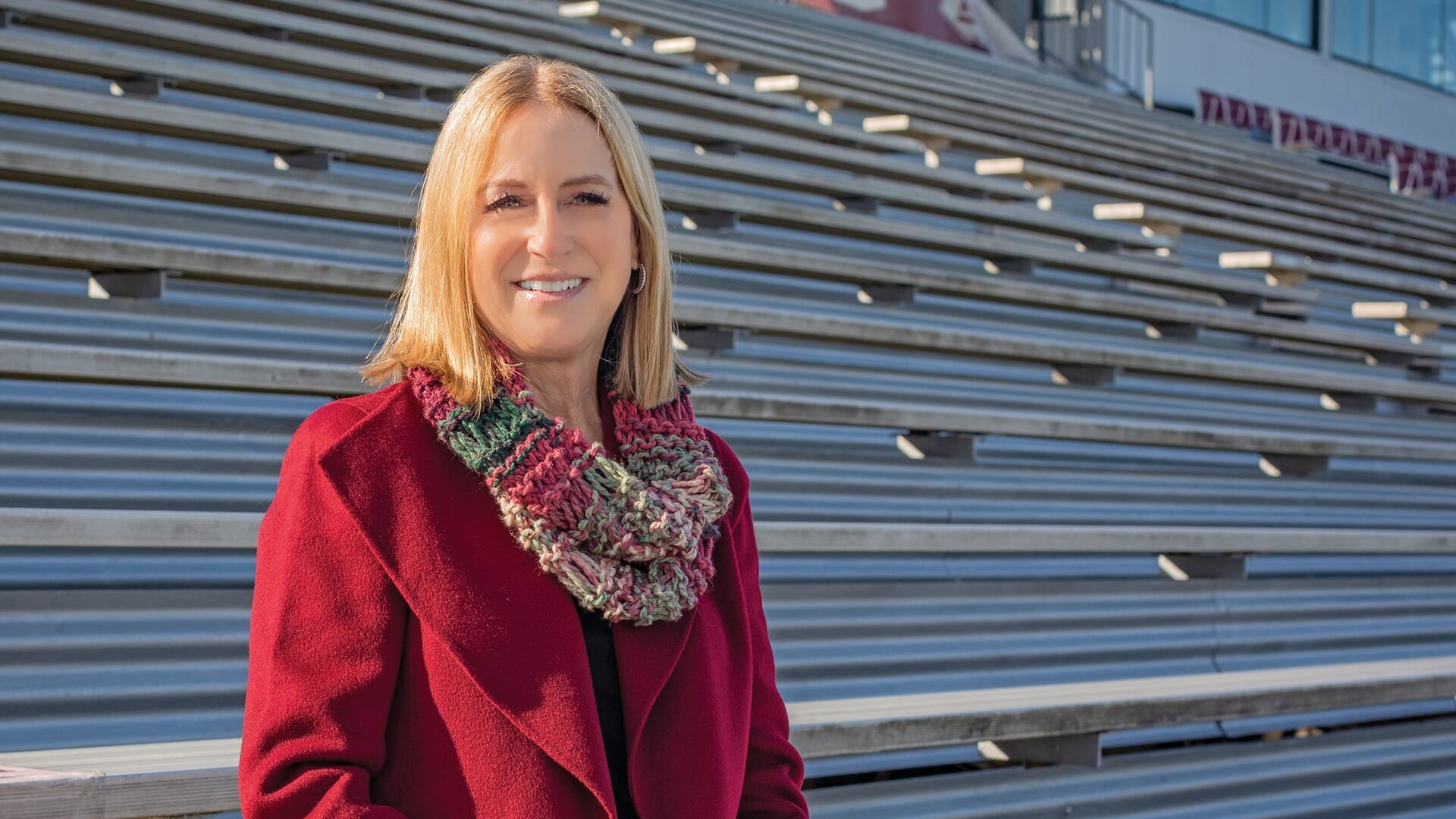 Dr. Debbie Norris (1977) says she was quite the serious student throughout high school and beyond, though she still credits her Hinds experience as life-shaping and critical.

Norris, associate provost and graduate dean at Mississippi College, grew up in Raymond. Among her influences was her mother, Martha Robinson, who taught business technology for years on the Raymond Campus.

Seeing success in her own family shaped Norris’ teaching style later in life as an educator. “I give my students real examples of things I’ve experienced or seen so they have an understanding of it,” said Norris, who still teaches MC classes in Business Communication, a core course in the business curriculum. “I also like bringing people who have attended Mississippi College and become successful into my classroom to tell students how they got to that point. It springs hope for students and for everybody, really.”

At Hinds, Norris was a cheerleader, homecoming queen her sophomore year and active in Phi Theta Kappa, Alpha Beta Gamma and the Baptist Student Union. It was through those activities she met the people who influenced her life the most. Among those, B.J. Frew, the longtime BSU coordinator who is now deceased, Deborah Nichols and Lou Anne Askew.

Nichols, who coached softball and volleyball, doubled as cheerleading sponsor when Norris was a student. “She was influential for me because she wasn’t a hands-on manager,” Norris said. “She gave me the responsibility of head cheerleader but held me accountable for it. So it was developmental, the cheering experience.” Nichols credits Norris’ diligence as a student and her parents, Martha and Charles Robinson, who helped groom their daughter for greatness.

“Debbie’s character, actions and faith were evidenced in her life, and I think her sweet parents contributed to the success she now has,” Nichols said. “Even to this day when I run into Debbie, she speaks fondly of her memories at Hinds.” Norris knew Askew, a longtime counselor at Hinds, from her high school years.

“I have had the pleasure of watching her grow up into the friendly, confident Christian woman she is today,” Askew said. “Some people stand out for their great qualities and Debbie is one of those people. While at Hinds, she was well-known for her intelligence, outgoing personality, positive attitude, and leadership.”

Norris met her husband, Brian, at Hinds, when he was studying to be an architect. She then finished a Master’s of Education degree in business at Mississippi State University. Her Ph.D. is from the University of Mississippi.

She taught in the Oktibbeha County school district for three years and Draughon’s Business School for two years before starting at MC in 1984. After 14 years teaching in the School of Business, she became the graduate dean in 1998. In 2003, she was named vice president for Planning and Assessment.

Her current administrative role involves assisting the provost and overseeing the curriculum for the university’s 30 graduate programs for about 1,500 graduate students.

Most recently, Norris was among 24 women honored by the Mississippi chapter of the worldwide Make-A-Wish Foundation as part of the organization’s inaugural W.I.S.H. Society (Women Inspiring Strength and Hope).

In 2019, Mississippi College established a scholarship in Norris’ name to assist students transferring from Hinds to MC. The Debbie Norris Provost Scholarship is awarded to community college students with high academic achievements who participate in the Dean’s and President’s Scholar event.

Among the first transfer students from Hinds awarded with the scholarship was Jordan Hariel, of Brandon, a computer science major. “My favorite thing about MC is probably just the attention the school personally pays to each student,” Hariel says. “You always feel welcome and special to the professors and the admissions staff.”

The scholarship award is $1,000 and is stackable with other academic scholarships. Starting this year, MC will make this scholarship available annually to students with a 3.25 GPA or higher.

Also in 2019, Norris was elected to honorary membership in the Mississippi College Alumni Association for her work to support the mission of the university’s Phi Theta Kappa student organization. She is also a past winner of the Carol A. Luthman Meritorious Service Award, for her work with the college’s accreditation processes over time with the Southern Association of Colleges and Schools Commission on Colleges (SACSCOC).