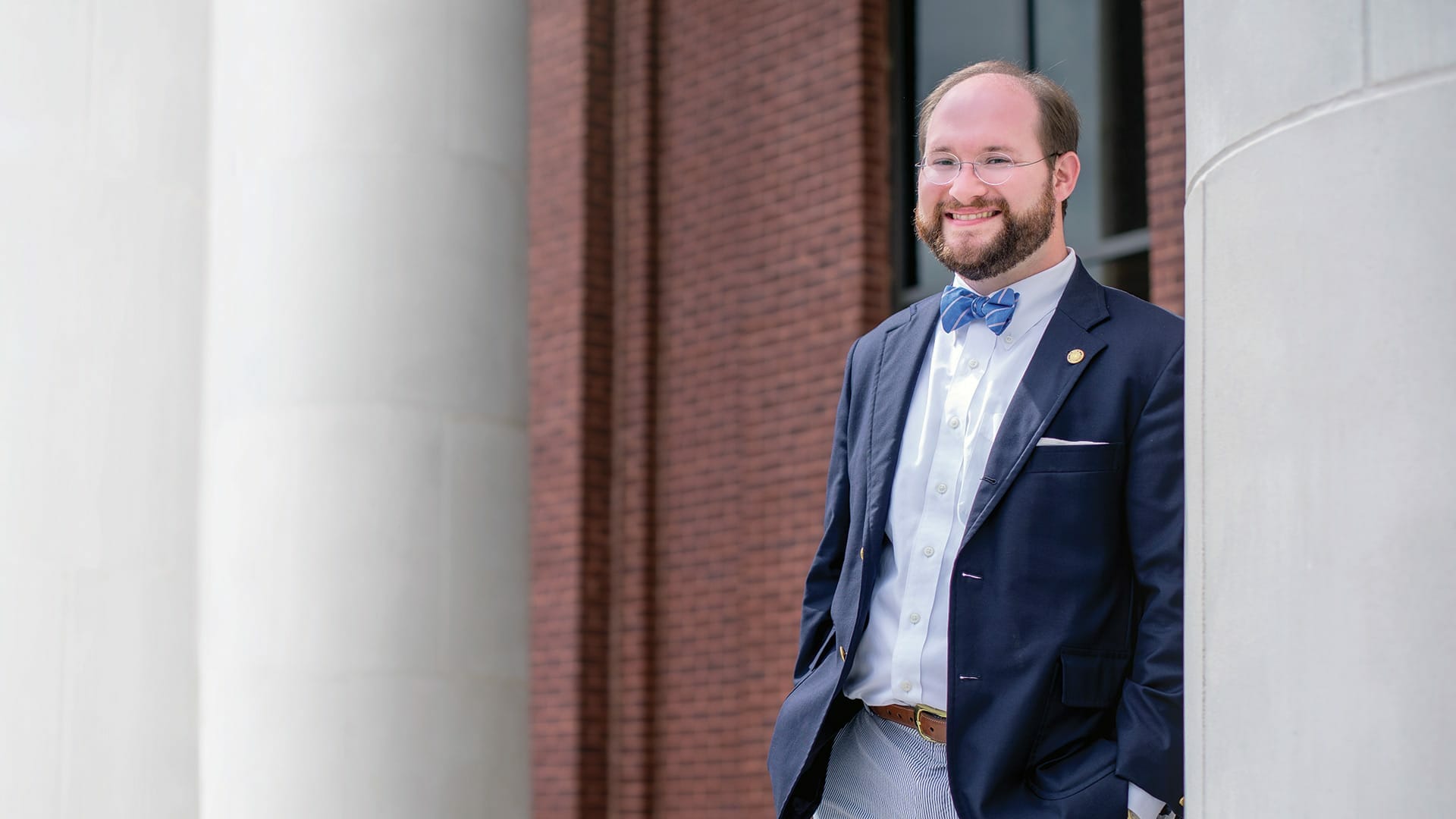 A life of service is something Kyle Jordan (2010) has been influenced by for as long as he can remember.

“Being the son of a deputy sheriff and a nurse, I knew I wanted to do something to help people,” he said. “My parents taught me to get involved in the community and help someone who doesn’t have a voice.”

Jordan, 31, initially found that calling in politics while working campaigns for former state Sen. Richard White, now mayor of Byram, and later Youth Court Judge Bill Skinner and Phil Bryant (1975) when he was lieutenant governor and before he became governor. But it was as a Rankin Campus student that he began to launch his own resume’ of service. He’s continuing that today, as deputy district director for U.S. Rep. Michael Guest.

“I think of Dr. Michael Heindl (1994)as being influential for me,” Jordan said. “He was dean of students on campus then, and he’d be up there at 6:30 in the morning working and I’d have coffee with him. He was a great mentor and someone I look up to today.”

“Kyle was a very conscientious student and was always very friendly to everyone,” Heindl said. “His academic and leadership efforts as a student at the Rankin Campus prepared him well for the next level of education and achievement in his life. I am thankful I got the opportunity to work with and mentor him.”

Jordan cites what many of his alumni peers do when it comes to Hinds’ role in helping to build his professional career.

“I was able to take my core classes and get my foundation there,” Jordan said. “One of the big things for me was being able to get an education at a much cheaper cost than going straight to a four-year university. And I got a lot more hands-on help from teachers than I would’ve gotten for my core classes, like English and biology. I needed a lot of eyes on my work!”

After Hinds, Jordan earned a bachelor’s degree from Mississippi State University, then spent 10 years as a staffer for former 3rd Congressional District U.S. Rep. Gregg Harper before being named to his current title for Guest, who won the seat in 2018. The district covers central portions of the state and stretches from the Louisiana border to the Alabama border. The largest cities in the district are Meridian, Starkville, Pearl and Natchez.

He remains active in civic life despite a busy schedule working out of the district’s northern office in Starkville, maintaining membership on the Mississippi Heritage Trust Board of Trustees and on the Starkville Rotary Club. Jordan was selected for the 2020-2021 Appalachian Leadership Institute Class, which represents a broad spectrum of sectors across the Appalachian region’s 13 states. He’s also pursuing a Master of Public Policy and Administration from MSU.

“No day is the same,” he said. “A day’s activity might consist of Zoom meetings with different constituencies each day, then some in-person meetings as well, as we’re getting back to traveling more this year. One day, I literally had breakfast with local retired professors who have a coffee club and ended the night at Meridian Naval Air Station with then-Congressman Harper picking up the vice president from Air Force Two.”

The past year’s events have helped bring his early service-oriented goals into tight focus.

“This is the old Sonny Montgomery district, so every member who has represented it since then has been known for constituent services and helping their district, whether it be veterans’ disability, Social Security or mail services.

“But typically, as a staffer you deal with federal agencies, with county elected officials who need federal help, such as with the recent CARES Act, and with a vast variety of different folks. Through the pandemic, you really want to make sure the constituency can hear and see their congressman. Most people who call our office just want to be heard, whether we can do anything for them or not.”