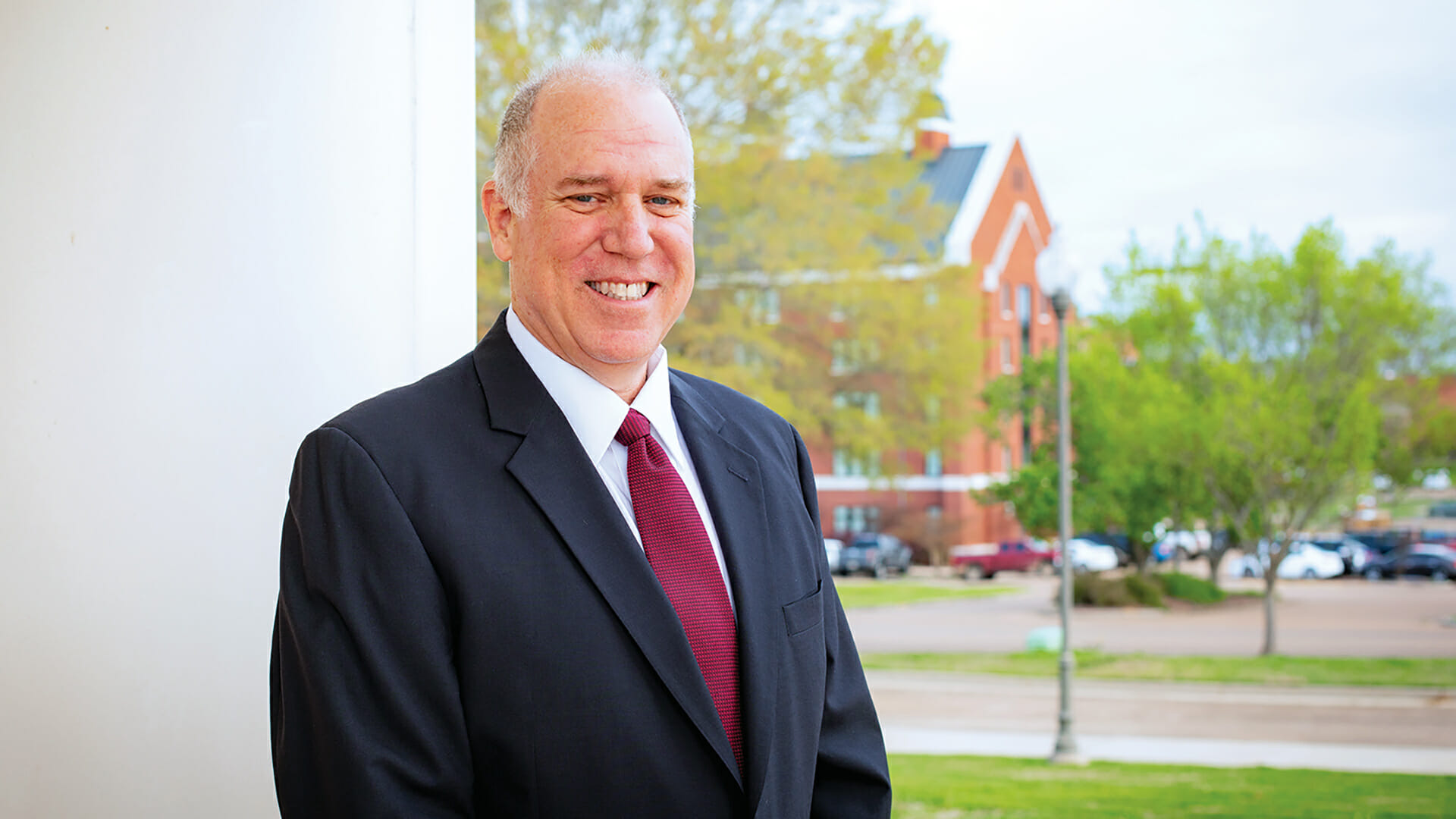 As a Raymond kid, Judd Moss (1981) was very much in touch with Hinds Community College. After graduating from Raymond High School, he began his college studies in summer 1979, taking some freshman classes and working on campus at his first student worker job in the Maintenance Department.

“I quickly learned that Hinds was more than another college: it was a family. Many of the teachers and students I met in 1979-1981 are dear friends today,” Moss said.

President Emeritus Dr. Clyde Muse and his family “have been friends since they moved to Raymond.” Moss lived on campus and worked many different student worker jobs, including in the Book Store and Counseling. He was also involved in organizations from the Baptist Student Union, student government, Circle K and Hinds Connection.

During his freshman year he met one of his dearest friends, Jackie Mangum, later Jackie Granberry, who helped form Hinds Connection. “She kept a picture of the Private Judd Moss on her desk praying for me when I enlisted in the Mississippi Army National Guard in spring 1981, a habit she is still known for today,” he said.

In the Army National Guard, he later obtained the rank of Captain as an UH-1H pilot.

In 1983 Moss graduated from Mississippi State University. In 1989 he left the Army Guard for the Mississippi Air Guard as a pilot and was sent to Desert Shield/Desert Storm fresh out of flight school.

Moss continued a military flying career with the Air Guard until 2008, retiring as a Lieutenant Colonel and flying both the C-141 and C-17 in every U.S. conflict from 1990 forward. In 1998 Moss was employed by FedEx and now is employed as a Boeing 777 captain.

He continues to be involved in Hinds with the Baptist Student Union, Alumni program and Hinds Community College Foundation Board of Directors.

“The Hinds family is very important to me, from sponsoring foreign students with the help of counselor Sharon Leggett from 1972-2017 to helping to enroll local students who would have never obtained a degree without the family that is Hinds,” Moss said.

He said he learned to help others through Hinds, especially through Director Emeritus of Counseling Cliff Nelson. “He was and still is today a life coach before there was such a title,” Moss said.

As president of the Hinds Connection Alumni Chapter and a member of the Hinds Community College Foundation Board of Directors, with current President Dr. Stephen Vacik, whom he calls a new friend, Moss personally continues the deep legacy of service to the college exemplified by his father Judge Joe G. Moss for whom the Hinds baseball field was named. Moss and his brothers Joe B. Moss and Jack Moss (1975) established a scholarship in their father’s name in 2011. The scholarship was endowed in 2017.

“I have often heard that: ‘If Hinds would have been a four-year institution offering a BS or BA I would have never left,’” he said.

Moss is married to the former Barbara Gottschalck (1980), a registered nurse, who also grew up in Raymond. Their son JoJo Moss also benefited from Hinds through the dual enrollment program and is currently an Ascend Resident with Pinelake Church. Moss hopes to retire from FedEx in about a year and possibly fly missions around the world.