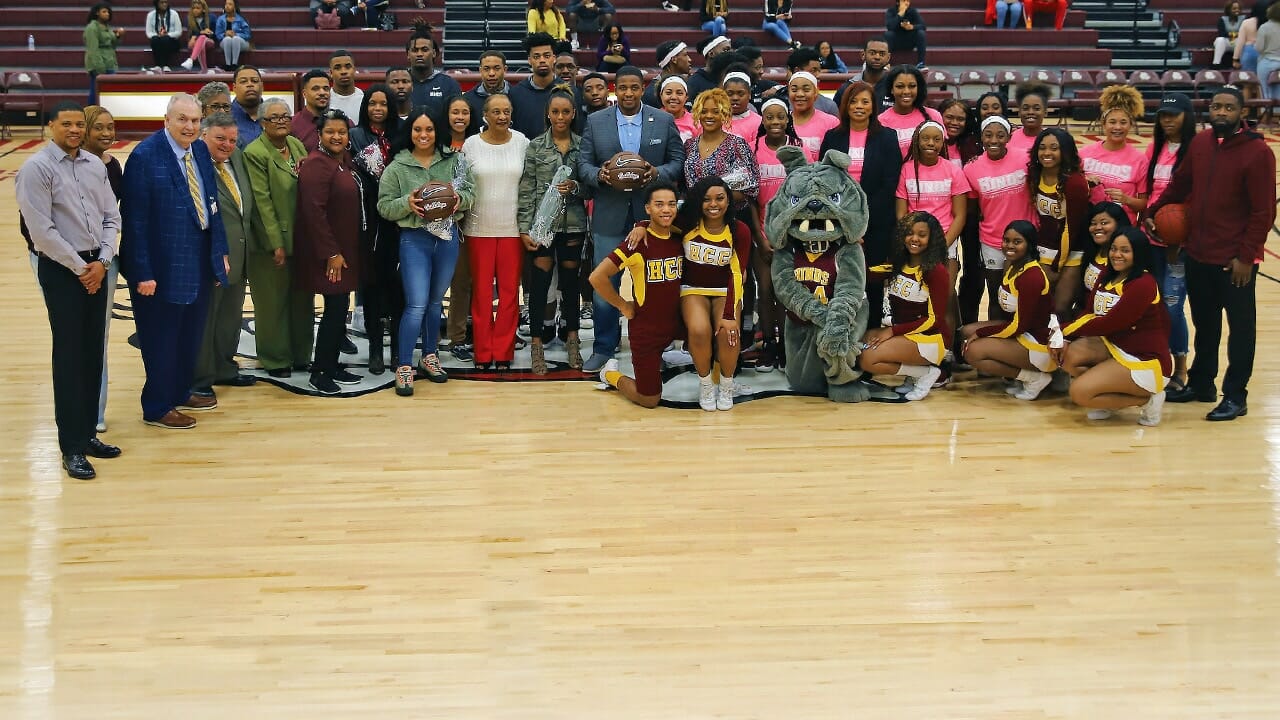 “A good coach can change a game,” said Daryl Nelson, one of Nelson’s two sons and among those who addressed the crowd during the program. “But a great coach can change a life. He changed many lives here. He affected my life tremendously. He was a mentor, a coach and friend to several people here right now. He had that competitive spirit and nature, and he instilled that in you.”

Nelson coached the men’s basketball team at Hinds for 17 years, starting in 1977 when the campus was Utica Junior College. His time as coach included state championships in 1978-1979 and 1989-1990, the latter of which was the program’s first season playing home games on the Utica Campus after the Utica and Raymond programs merged. The Mississippi Junior College Athletics Association named him Coach of the Year for the 1989-1990 season. His coaching career spanned 29 seasons in all, including his years at Hinds County Agricultural High School. He produced six junior college All-Americans, five of whom played professional basketball. In 1975, he was named national Alumni of the Year in sports by Jackson State University, where he earned his bachelor’s degree in Health and Physical Education. He later earned a master’s degree in Administration of Athletic Recreation from the University of Southern Mississippi. He died in June 2012.

Utica Campus Vice President Sherry Franklin emceed the program. Hinds President Dr. Clyde Muse also spoke to the crowd, as did Dale Sullivan, of Copiah County, vice president of the college’s Board of Trustees and its longest-serving member, dating back to the campus’ existence as Utica Junior College.