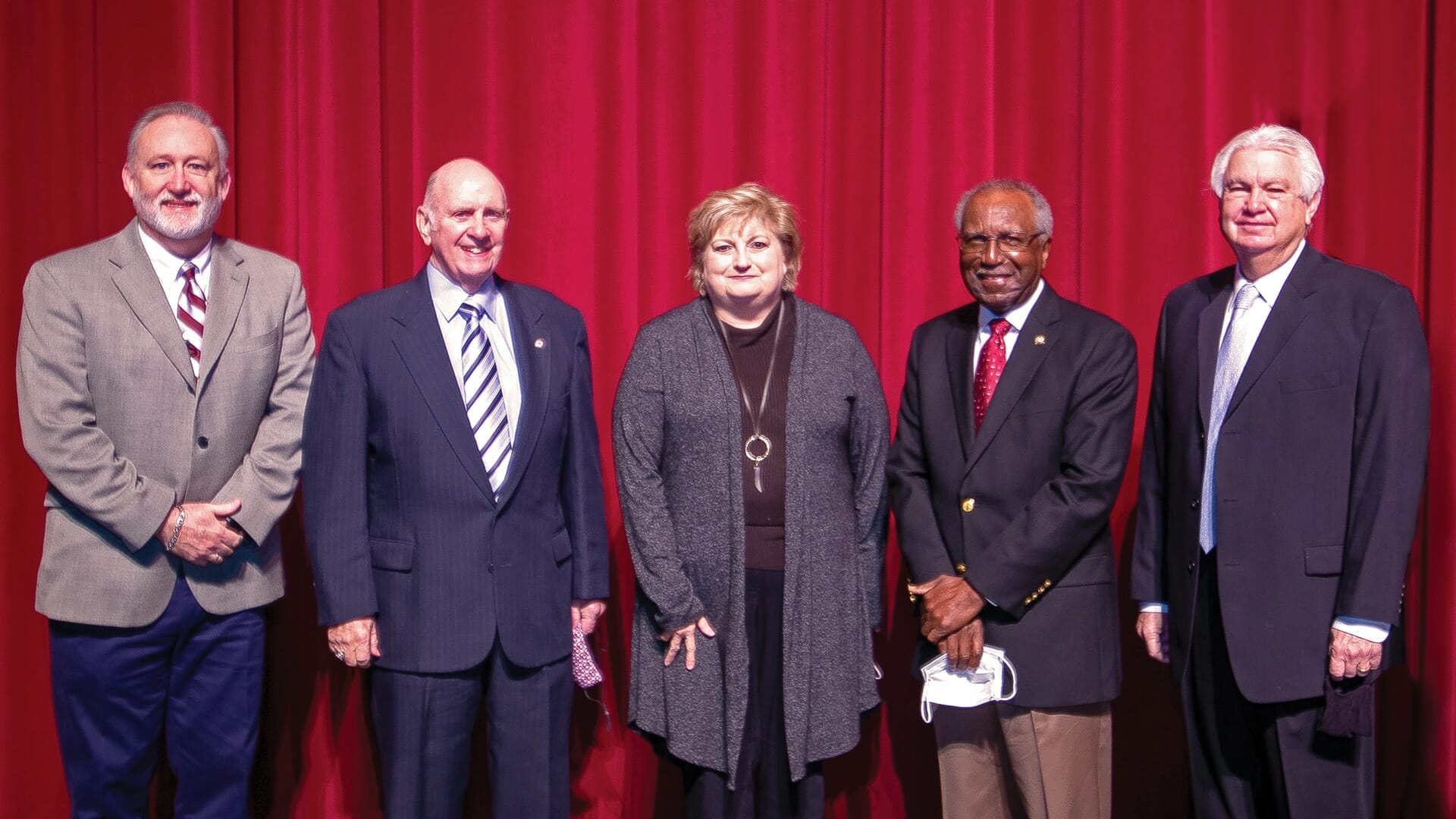 Glenn retired as Veterinary Technology Program director in 2017 after 41 years at Hinds and, the same year, was named college’s faculty honoree for the Legislature’s HEADWAE (Higher Education Appreciation Day – Working for Academic Excellence) program. He continued to teach in the program on an adjunct basis until 2020.

McKnight, a 32-year coach and educator on the Utica and Raymond campuses, retired in 2001 and, in 2017, was named among the 100 People Passionate About Hinds for the college’s Centennial. As coach of Hinds’ men’s and women’s tennis teams, he guided his players to a combined 17 state championships and was named coach of the year 50 times by state and national tennis associations.

Loviza (1960) was first director and later dean of the Vicksburg branch that became the Vicksburg–Warren Campus. He retired in 1993 after serving the college for 20 years, then served a term as mayor of Vicksburg. He has continued his public service by serving on the Vicksburg Warren School Board and the Hinds Community College Foundation Board of Directors. In 2017, Loviza was named among the 100 People Passionate about Hinds for the college’s Centennial. He and his family have established two Foundation scholarships.

Waite (1980) retired in 2016 as department chair for Business/ Office Technology at Jackson Campus-Academic/Technical Center after 27 years at Hinds. She was among the first Hinds instructors to teach online classes. In 2004, she was named Mississippi Vocational Business Educator of the Year for the Mississippi Business Education Association. She was twice recognized as a Hinds Hero, in 2015 and 2016, and was named a Life Star Award recipient in 2004.

Selected by a Hinds committee, emeritus status is conferred on retirees who have dedicated their lives to the college. A photo recognizing their status is showcased in the Emeritus Room at Fountain Hall on the Raymond Campus.