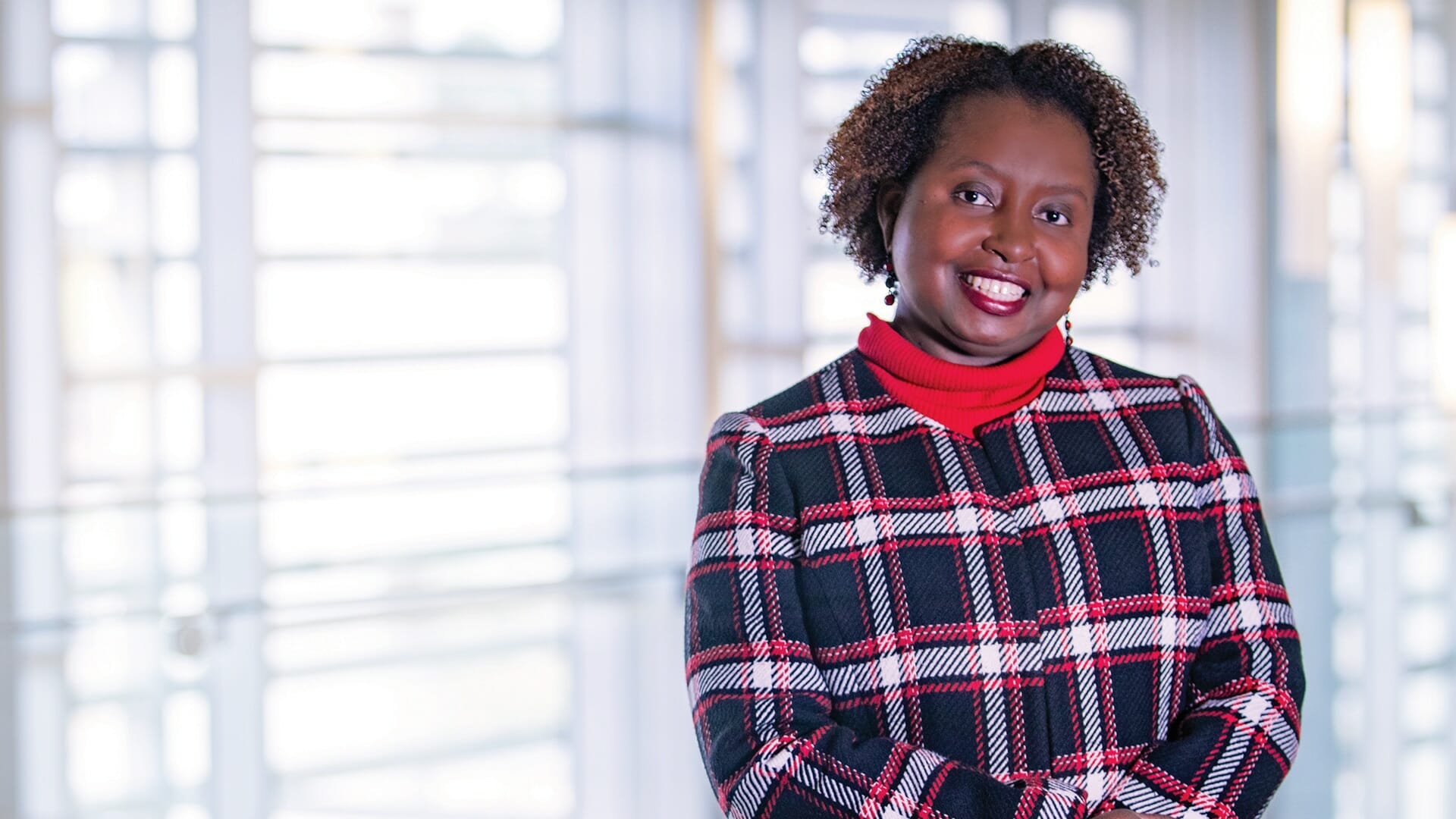 Natasha Haynes (1992) isn’t a chef by trade, but cooks up the best fast-and-healthy eats the Mississippi State Extension Service website has to offer. She credits her years as a Hinds student, including the college’s student public relations and recruiting group Hinds Connection, for why her food video series has been a success.

“For me, attending Hinds was a great opportunity because I was a shy individual back then,” Haynes said. “I joined Hinds Connection and it improved my speaking and self-presentation skills, which have been an asset for me.”

Haynes works at the extension service’s Rankin County office as family and consumer sciences agent. In her role, she coordinates an array of education programs in food and nutrition, food safety, child development and family life, money management and leadership development that bring the message of healthy living to the public. Some of her responsibilities include working with high school students on meal planning, assisting in administering ServSafe and TummySafe food safety procedures for foodservice and child care centers and financial management sessions.

She also hosts the extension service’s “The Food Factor” video series, which has brought to life healthy-yet-tasty ideas in the kitchen and garden. The show has won three national awards since its debut in 2014, the most recent coming in 2020 when it received the social media award from the National Extension Association of Family and Consumer Sciences.

“Hosting The Food Factor has given me the opportunity to connect with people through social media and share practical tips for healthy eating,” she said. “Answering their questions and promoting Mississippi-grown produce have helped me look at nutrition from a new perspective. I’ve had so much fun sharing what I’ve learned.”

Haynes says she basically grew up on the Utica Junior College campus, where her parents, Drs. Worth and Linden Haynes taught and were longtime fixtures, in agriculture and biology, respectively. They instilled the value of education in her and her brother from an early age.

“It was pretty much understood that you were going to college and you’re going to Hinds,” she said. “It turned out being a great experience living in Davis and Hardy-Puryear halls. Being in Hinds Connection and a dorm monitor probably taught me to deal with people and the public. I was also an orientation leader and worked with new students and their parents, mainly to calm their nerves when their child started college. I still have thank-you cards from parents from more than 25 years ago.”

Recruiters at Hinds still remember her easy way with people. “I can truly say Natasha went above and beyond her call of duty and has always been one of my most favorite students and Hinds Connection members,” said Reggie Harris (1987), director of recruiting. “She was a great ambassador for Hinds years ago and continues to be someone whom we are proud of to this day.”

After Hinds, she earned a degree in family and consumer sciences from Alcorn State University, during which she landed an internship that led to positions with the extension service in Jackson, Magnolia and Brookhaven.

She’s held her current position in Rankin County since 2013. “No two days are alike in my position,” she said. “I have to be flexible for any kind of question I might get, whether I’m doing food safety for child care centers or answering questions from the public on which foods to eat.”
Her personal skills learned at Hinds have rubbed off on others in her profession as well.

“Natasha has a heart of gold, which is shown through her desire to serve and help others,” said Allyson Thompson (1997), whom Haynes mentored when both worked at the Brookhaven office. “Our connection to Hinds Community College is one that, I believe, has played a role in our relationship.” It’s also a heart that will always be at Hinds.

“I’m one of those who wishes they could’ve stayed at Hinds all four years of college,” Haynes said.

← Biologist, ‘drone girl’ takes flight in new job, thanks to Hinds MC dean touts key women of Hinds who shaped her career →
Back to News & Events