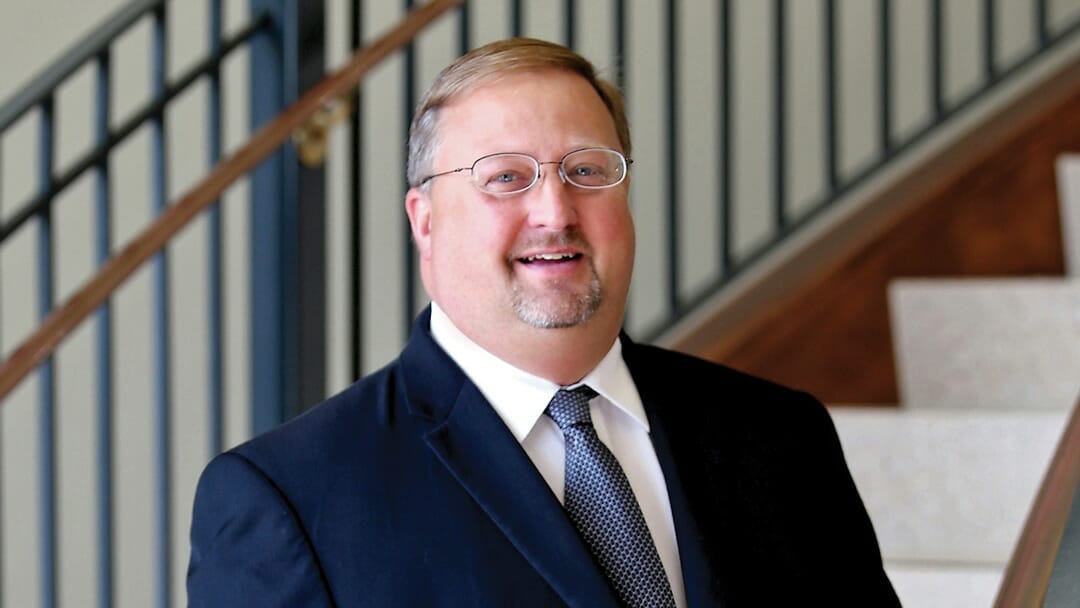 Dr. Chad Stocks (1991) came to Hinds as a child with his family and knew even as a young man that it was where he wanted to call home.

Chad, who was vice president of Workforce and Community Development, died on Aug. 9 from complications related to COVID-19 after spending five weeks in the hospital.

Except for brief stints at Mississippi State University finishing his college education, including three degrees, and working for MSU briefly, he spent most of his life in Raymond. 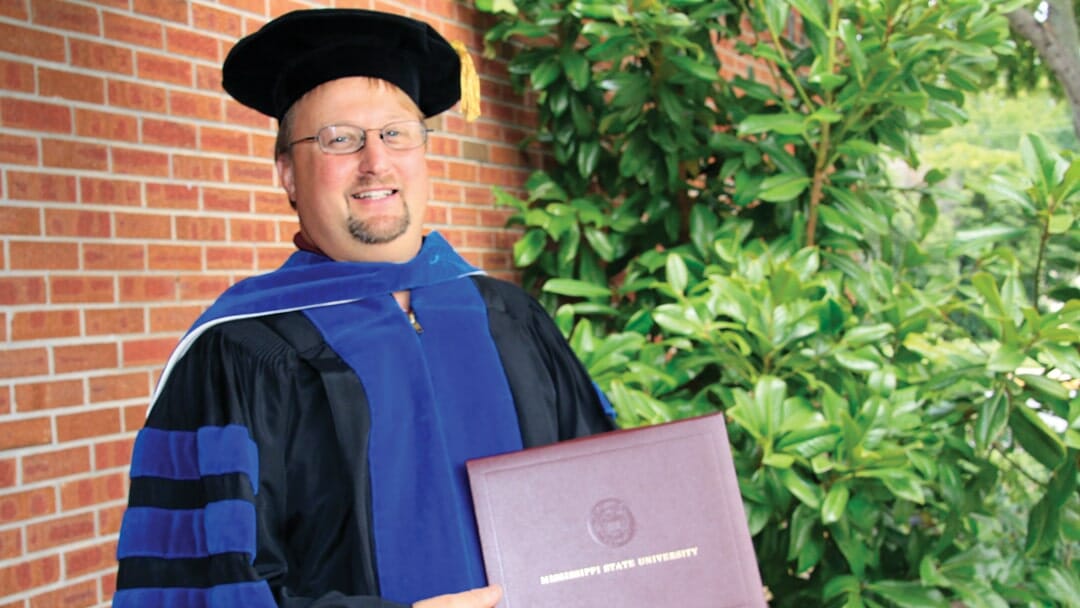 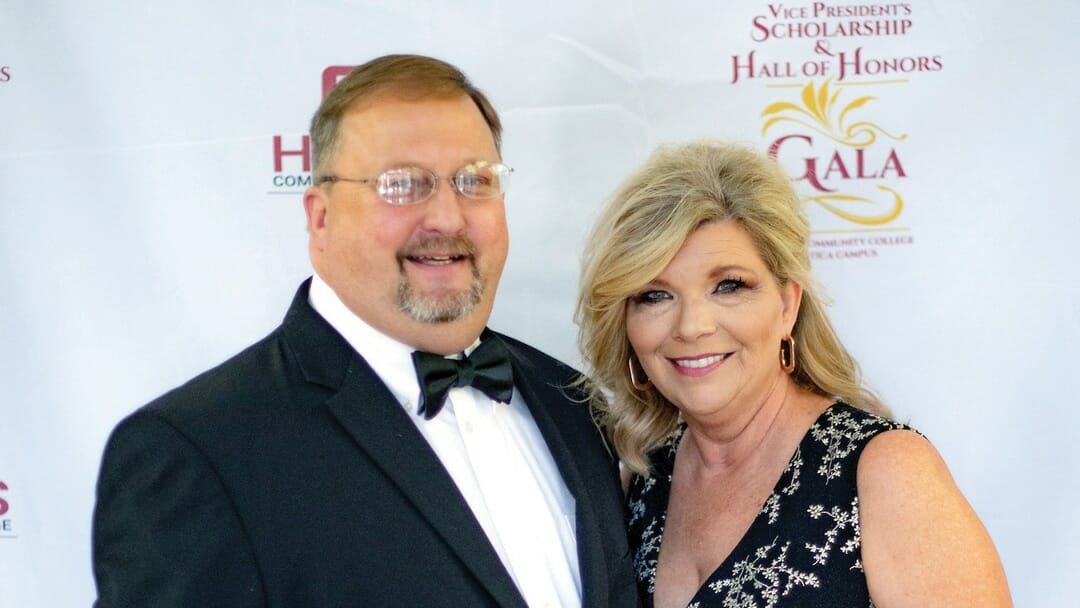 Together Chad and Sandra raised a daughter, Carly (2017), who teaches agriculture at the Vicksburg-Warren Campus Career and Technical Center. 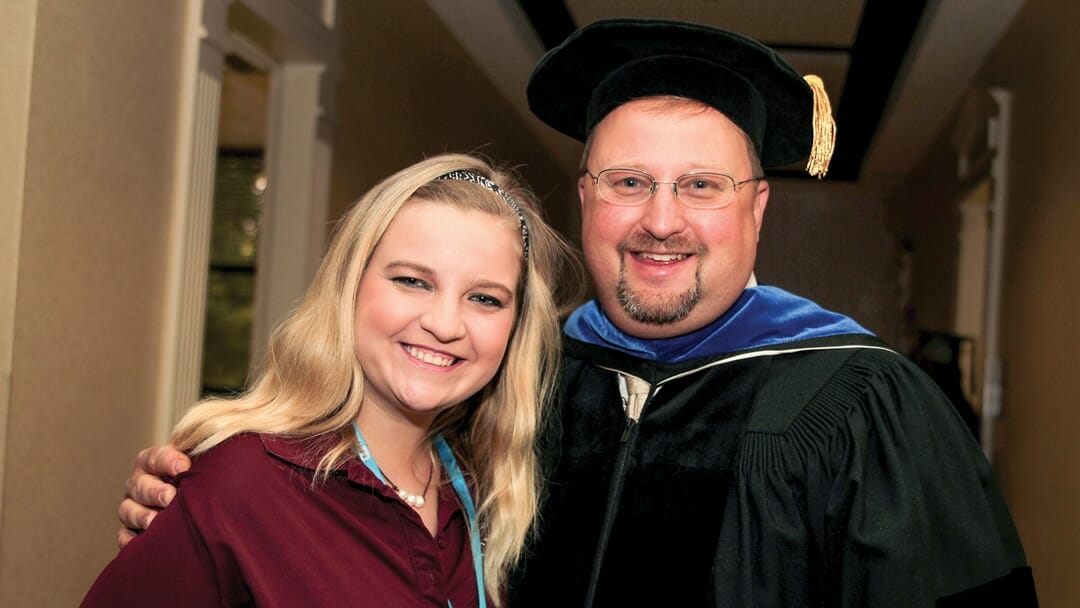 Chad with his daughter, Carly Stocks.

Chad left behind a brokenhearted college community who remembers fondly not only his dedication to the college and his passion for fostering workforce partnerships and career-tech programs but also his caring spirit and sense of humor.

“Lots of people didn’t see the fun side of Chad. I’m grateful I got to see that every day. He loved people, loved life and dreamed BIG,” said Cindy West, who retired in June 2021 as CTE dean and director of cooperative learning/work-based learning. “Chad touched the lives of countless faculty and students, forged extraordinary industry partnerships and created workforce opportunities in our state that no one else dared to dream possible.”

Franklin worked on many projects for many years with Chad. She called him “my colleague, my friend, my brother.” “During our time together at Hinds, he was the patriarch of Workforce/Career and Technical Education. Dr. Stocks had a passion and purpose for advancing the lives of others through his work. This was a ministry for him,” she said.

“Working with him, we not only thought outside the box, but we also created the box. We created and forged paths that others thought were not possible. We have suffered a loss but will honor his spirit by making a commitment to take whatever lessons we learned and make them true in our own lives. That is how we can keep his spirit alive. He will always be the ‘wind beneath my wings,’ ” said Franklin, who sang the song at his funeral.

In a February 2021 interview, Chad talked about his love for Hinds and why he came to work at the college. Sometime around 1976, when he was about 6, he moved from Utah to Raymond with his mother Debbie Ganzerla, who got a job at Hinds, working for then-Dean Rosser Wall. His uncle was Cliff Nelson, dean of Admissions, who was married to Carol, a career-tech counselor.

Chad spent his boyhood growing up on the Raymond Campus. As a high school student, he worked at the Hinds farm in the summer. Chad graduated from Raymond High School at Cain Hall on a Friday night and started classes at Hinds the next Monday morning. “I knew I was coming to Hinds,” he said. “Hinds always had the reputation as the place to go. That was just part of the plan.”

As a Hinds student, he was president of the Agriculture Club and participated in a number of agricultural department activities. He received the Billie Banes Livestock Judging Award, named for the cousin of the woman who would later become his wife.

Chad also always knew he wanted to major in agriculture and hopefully someday work at Hinds.
In a conversation when he was a high school student, President Emeritus Dr. Clyde Muse asked him what he wanted to do with his life.

He joined Hinds in 2002 as an agriculture instructor and began moving up the ladder as he earned his doctorate degree, becoming associate dean, associate vice president and then vice president, constantly working to build up career-tech programs.

One of his enduring legacies at Hinds will be the partnerships he developed with local employers. 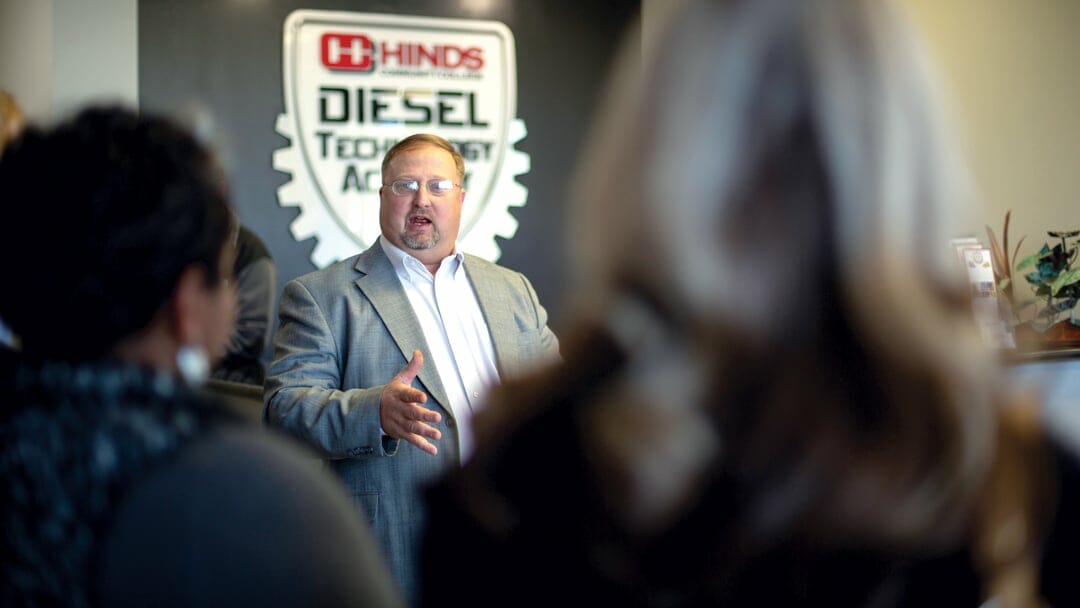 “Our job is to put people to work – bottom line. Our job is to grow the talent pipeline and connect people with jobs and put them to work. Everything is workforce. To me it just becomes second nature,” Chad said.

Jerry Swanson, CEO at Stribling Equipment/Empire Truck, was among those private employers whose business benefited from Chad’s foresight.

“Chad believed that a joint effort of private enterprise and academic excellence was the best route to bring our young people to a point of being the best prepared for the world we live in today,” Swanson said. “Just think of all the young people he touched through the KLLM Driving Academy, the Hinds Diesel Technology Academy, the Forestry Operators School, the welding school and countless other programs. He clearly had the vision to execute and make these programs work.”

Chad helped lay the groundwork that went into bringing Continental Tire to Mississippi, said Colleen Hartfield, Grants and Legislative Liaison, who worked closely with Chad on the project.

“Chad worked tirelessly to help Mississippi land Continental Tire. He led the Hinds team through two exhilarating and sometimes exhausting rounds of proposals and site visits and then remained the point person for everything Continental Tire needed from the college,” she said. “Because of his work, Hinds became the go-to institution for innovative, high-quality and resourceful workforce partnerships. He always found a way to make it work – for the employer and for the college.”

Chad also was at the forefront of the drive to have Hinds named as a Center of Excellence for Domestic Maritime Workforce Training and Education, a process that took about five years to come to fruition. The Hinds Inland Waterway Maritime Academy is located on the Vicksburg-Warren Campus.

“Chad was able, he and his people, to get business and industry to invest money in training their workforce. He was gifted in that, a tireless worker,” he said.

Hinds President Dr. Stephen Vacik got to know Chad as a member of the Executive Leadership Team.

“As just one example, Hinds Community College would not have the new Maritime facility or the designation as a 2021 Center of Excellence for Domestic Maritime Workforce Training and Education without the tireless efforts of Dr. Stocks,” Dr. Vacik said. “He had the vision, the passion and the determination to make the improbable into the reality. Workforce across the region and the state of Mississippi, in so many ways, owes a lasting debt to our colleague and friend, Chad Stocks.”

A scholarship has been established to honor Chad. His wife Sandra and daughter Carly have requested that any gifts be given to the scholarship.

“The Foundation has come full circle when it comes to Dr. Chad Stocks. Chad was the recipient of a Foundation Scholarship when he came to Hinds. No doubt, it helped him to be able to receive an education,” said Jackie Granberry, executive director of the Hinds Community College Foundation. “Now, his family has established a scholarship in Chad’s name. This scholarship named in his memory will help another student, and, hopefully, the circle will continue.”