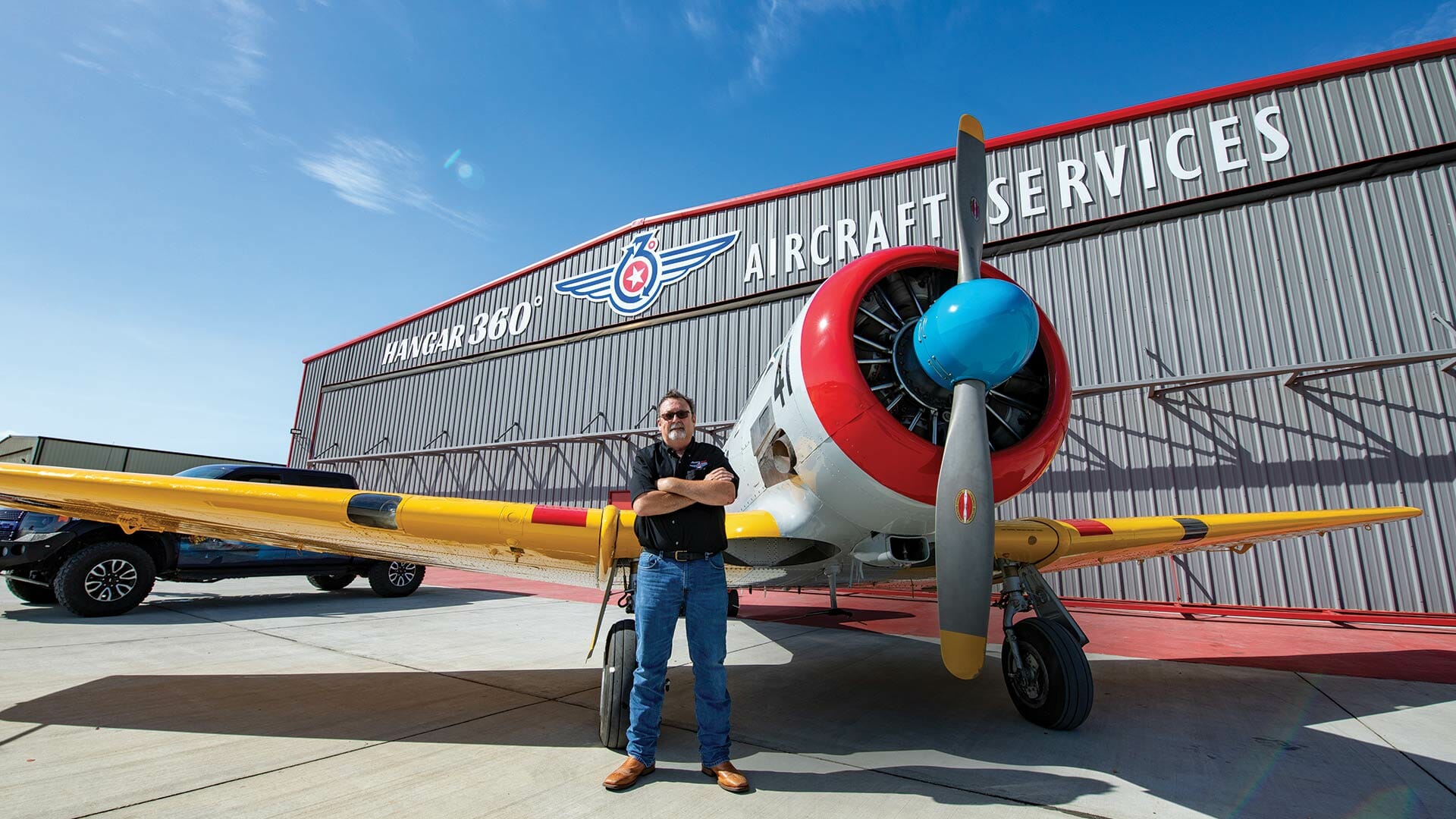 As Mississippi economy reopens for business, Hinds is ready to help

From an elaborate expansion of its airport terminal and adding an outlet for job hunters to intriguing enhancements for academic and career-tech programs, Hinds Community College has been a leader in getting Mississippi back open for business as the state emerges from the COVID-19 pandemic.

Seizing on a need to attract new business to the region via the air-traveling business set, the new $1.45 million terminal at John Bell Williams Airport near the Raymond Campus aims to offer comfort and style and still help those who own or lease hangars grow their business.

“The first impression any pilot has of an airport is when they fly in. They want to see what kinds of facilities are there when it comes to fuel, checking the weather or needing a rest stop,” said John Mosley, owner of Clinton Body Shop, John’s 360 Coatings and Hangar 360 Aircraft Services, the latter two of which focus on paint and body work for aircraft. “This new terminal being here will generate a lot more air traffic to this airport.”

Built with funds from the Mississippi Department of Transportation’s multimodal grant fund, the new terminal offers a pilot’s lounge, a conference room, a kitchen and a warm, relaxing lobby.

Mosley owns a 15,000-square-foot hangar on the airport’s west end, which is a base for repainting vintage “warbirds” used in World War II. He believes growth in his business can lead to economic growth for metro Jackson itself.

“The airport has got a lot going for it since it’s close to Clinton and Jackson,” he said. “We’re talking to aircraft makers about becoming a service center for them. When they look at this airport and the investment in this terminal, plus the expanded runways, they know this will be a good fit for their customers.”

At the Rankin Campus, a newly-opened WIN Job Center allows job seekers from Rankin and Simpson counties to explore their options and look into advancing their education.

The college in April officially opened the center on the second floor of the administration building, which completes a move from the center’s previous longtime location off Hwy. 80, on St. Paul Street.

“One thing we do here is work with a navigator on campus who works as a bridge between us and the career-tech center,” said Carolyn Lindsay, director of the new center and WIOA program director. “A number of our students will be taking these career-tech classes, whether it be welding, electrical, industrial maintenance or mechanics. We can work to put them in an internship program while they’re still in school. The companies can help train them as well as give them firsthand experience. When they graduate, they’ll be ready to go into that full-time position.” 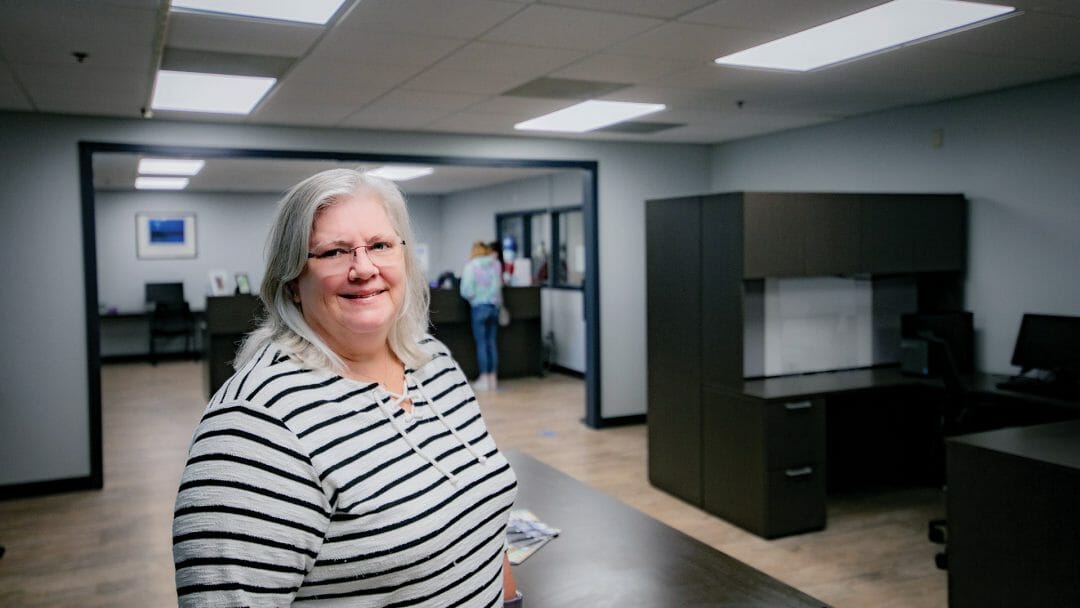 The new center offers space for a staff of 11, a computer lab for searching employment opportunities and additional room for business and industry to attract employees and offer training for job seekers.

On the academic side, the college is helping instructors on the K-12 level – where educating the future workforce begins – by offering professional development courses, or CEUs.

The Hinds Teacher Academy offered three online courses from June 1 through July 31 to help teachers build their CEUs, which teachers need to maintain their state licenses. The classes are about 10 hours and are self-paced – meaning they simply have to be completed within the timeframe. Overall, 147 teachers enrolled in one or more classes for a total of 253 enrollments.

“It’s really what our teachers are saying they need now,” said Dr. Keri
Cole (1998), vice president of Instruction/Academic & Transfer. “The way we’re teaching has changed so much, not just in the past year because of the pandemic but really in the past few years. I think that this is the perfect response to what a community college is here for — to serve our community.”

Courses include classroom management for the modern educator, understanding classroom diversity and creating a sense of belonging, and a “boot camp” course for designing online courses in Canvas, a widely used learning management system. All courses are taught by Hinds instructors with either master’s or doctorate degrees. Cole said Dr. Jennifer Rodgers, English instructor and director of the Student Success Center, and her team in the center have handled the development and instruction of the courses.

“These are experts in their fields,” Cole said. “They are not just able to contribute to the credit side of the house but now they’re jumping outside their box and contributing to workforce. It’s our job to teach, whether it’s for credit or not for credit.”

The job of teaching both academics and career-tech hands-on skills will become easier with the arrival later this year of a platform that will bring elements of Extended Reality and Virtual Reality into every classroom, lab setting and shop area. 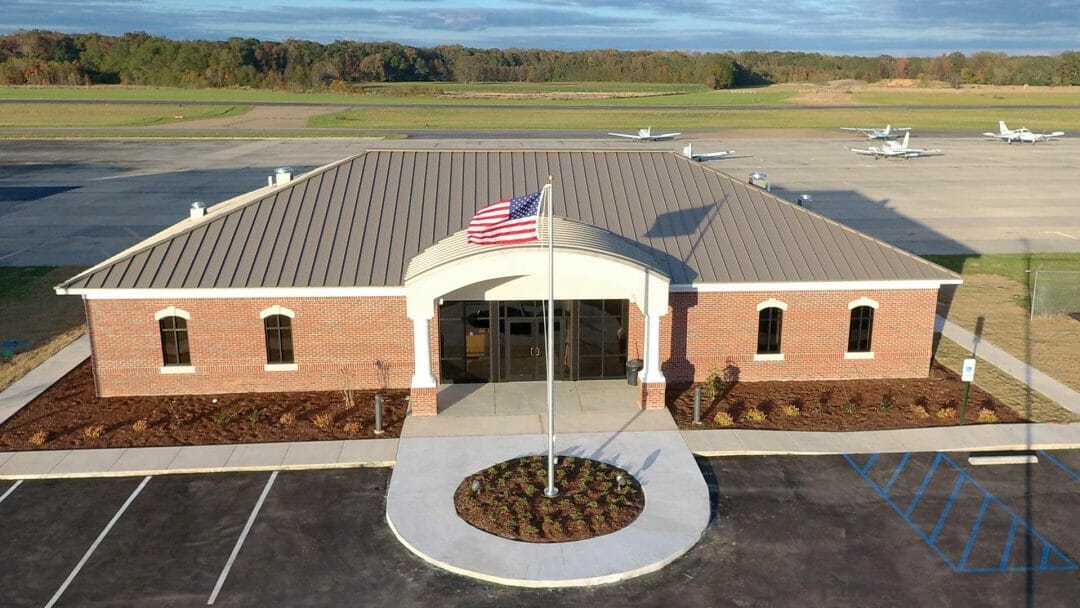 In December 2020, the college received about $1.6 million from the state-run GEER (Governor’s Emergency Education Response) grant program to implement XR and VR platforms with the help of EON Reality, a California-based industry leader in the burgeoning technology.

Training sessions for instructors to use the technology began this summer, said Dr. Chad Stocks (1991), vice president of Workforce and Community Development, adding the company itself has kicked in an extra $10 million to help the college get it ready for the fall 2021 semester.

The virtual platform holds promise for the college’s traditional academic programs on a number of fronts.

“We look forward to training for our faculty, through our Center for Teaching and Learning, so we can use these exciting capabilities in all instruction,” said Cole. “The possibilities are endless – from geography, to our arts and sciences, to virtual field trips. These are experiences our students have not ever had before and will enhance the traditional classroom experience.”

“They will be able to put the goggles on and learn how to work on an engine without having to touch it at all,” Stocks said. “Then, when they’re actually working with the diesel engines, or driving that truck, or working on an automotive engine, or painting that building, they’ll be more than ready to do it.” 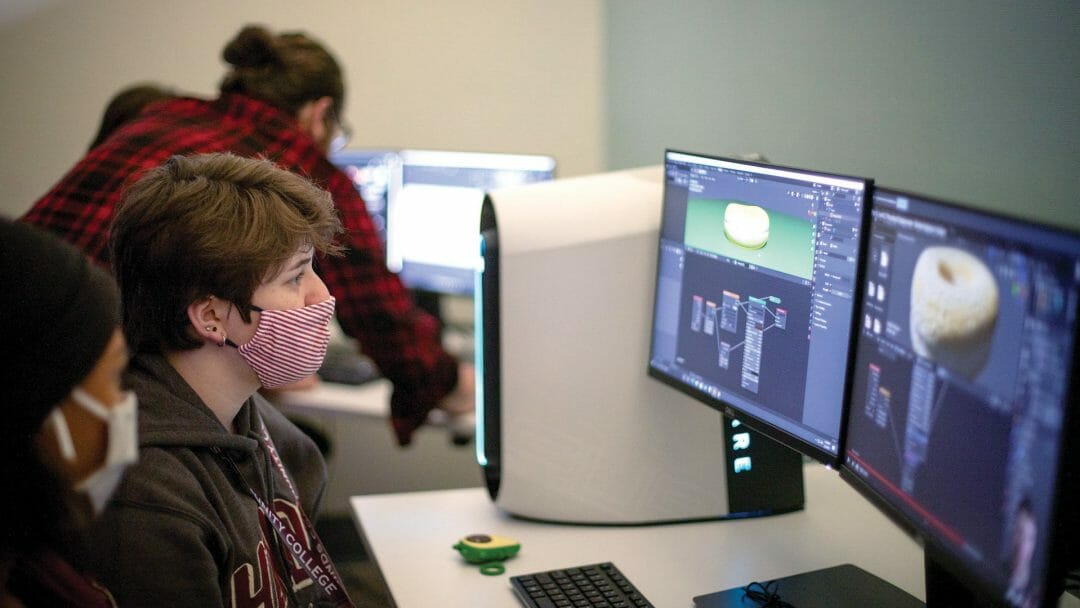 Caitlyn Massey, of Jackson, works with a virtual donut during XR/VR class in spring 2021.

XR and VR technologies promise possibilities for the student experience when it comes to introductory classes, he added. Entry-level coursework can become more efficient and better prepare the college for sudden shifts in class delivery, as was seen in the spring of 2020 when the pandemic hit, he said.

“If we’d had something like this in place at the start of the pandemic, how beautiful would that have been?” Stocks said.

Supplying the workforce of central Mississippi remained integral to the college’s mission before the pandemic and continues to remain crucial, especially when it helps keep the American economy itself afloat.

“The KLLM Driving Academy could not shut down during the pandemic due to our mission to serve the nation,” said Kirk Blankenship, vice president of Driver Resources at the Richland-based trucking company that maintains a unique partnership with Hinds on its driving academy.

“It was essential for hospitals to receive timely supplies and food to be available in grocery stores across America. With the current truck driver shortage in our country increasing, the pandemic increased the demand for transportation companies to deliver goods of all kinds.

“KLLM and Hinds worked together to successfully accomplish this important mission by developing a plan to follow all CDC-mandatory guidelines for safely bringing in new students each week to complete the required classroom lessons and over the road training to keep the workforce pipeline open,” Blankenship said.