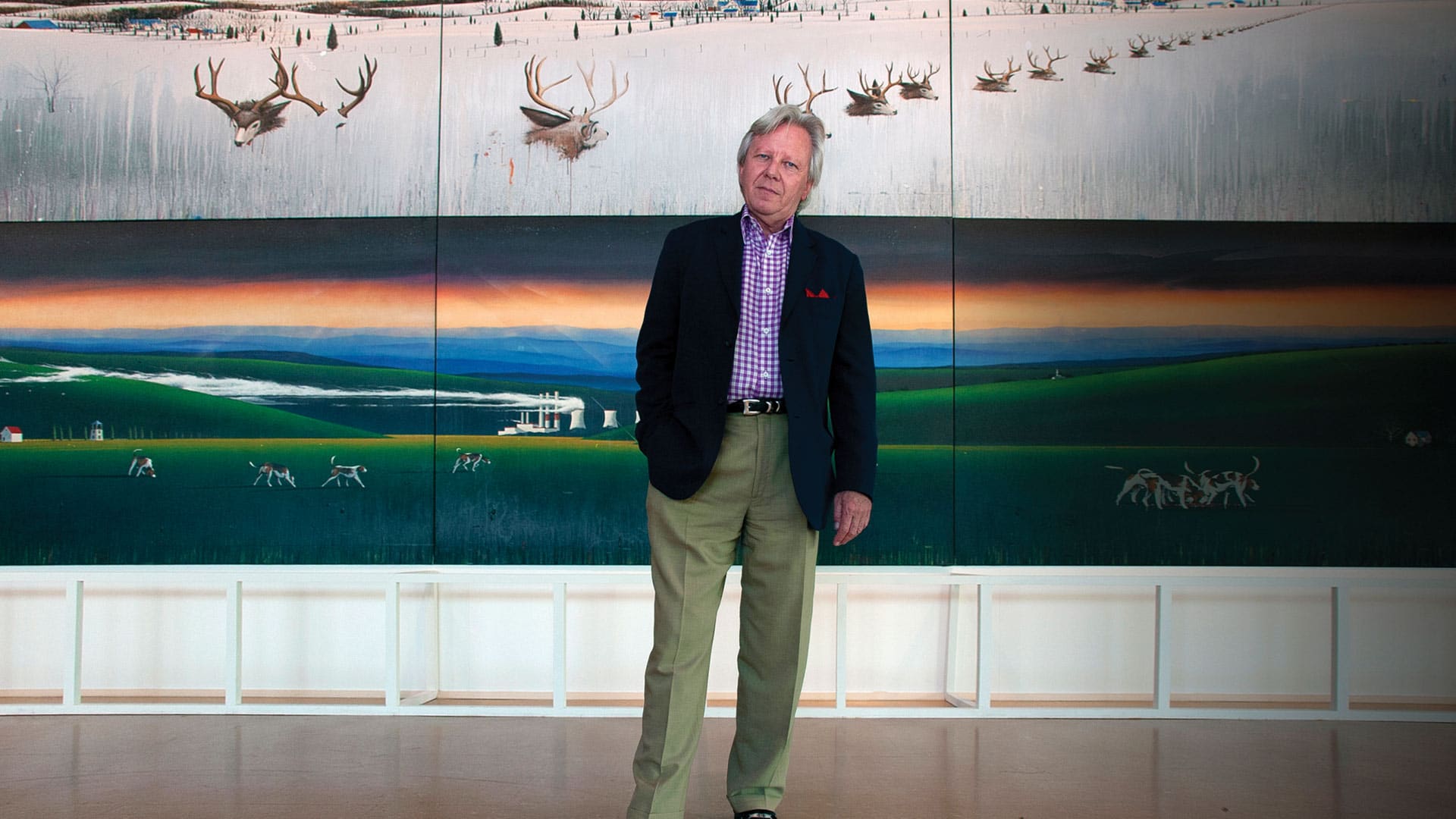 Alumnus of the Year

Bill Dunlap (1964) says his introduction to the Hinds family came as a result of a different art form than the one for which he’s now internationally known.

“I was a lifeguard at Roosevelt State Park in Scott County during the summer of 1962, my senior year in high school,” Dunlap said. “In mid-August, I got a fateful call from Al Rowan, the band director at Hinds at the time. He told me he could use a drummer for an upcoming trip to Atlantic City, New York and then on to Niagara Falls. Could I make it? I assured Mr. Rowan, who we were to affectionately call ‘Daddio’ that I wasn’t too busy.”

Dunlap, a Webster County native, who has been named 2020 Alumnus of the Year, graduated from Hinds in 1964, then earned a bachelor’s degree from Mississippi College and a master’s degree in fine arts from the University of Mississippi.

A lifetime of success in the art world hasn’t dulled Dunlap’s broad-stroked appreciation for his time at Hinds.

“My two years at Hinds were significant and crucial,” he said. “I was to be taught by inspired scholars – grown-ups who cared about us and their areas of interest and subject matter. They were as good and dedicated as any teachers I was to have anywhere.”

After college, he spent three years as a graduate assistant at Ole Miss, then an assistant art instructor at Hinds, teaching alongside longtime economics and art instructor Katherine Denton. “She was such a positive influence on me when I was a student,” he said.

He began his career in art education in 1970 at Appalachian State University in North Carolina. He has also taught at Memphis State University and has lectured on art at universities and professional conferences nationwide while working as an exhibiting artist.

Since 1988, he has been arts commentator at WETA-TV, the PBS affiliate in Washington, D.C., where he has also hosted the network’s Emmy award-winning cultural roundtable show “Around Town.” He maintains art studios in McLean, Va., Coral Gables, Fla., and Mathiston, Miss.

His contemporaries in the extended community of arts instructors and graduates from Hinds includes Bob Dunaway, former Art Department chair and currently a professor emeritus at the college.

“Bill attended Mississippi College when I was teaching there,” Dunaway noted in his nomination of Dunlap for the award. “Although he was enrolled in my class, it was a tossup as to who taught who what. His depth of respect for the medium in use at the time and the philosophical views he expressed in the work seemed to me far beyond the normal level of an undergraduate student.” 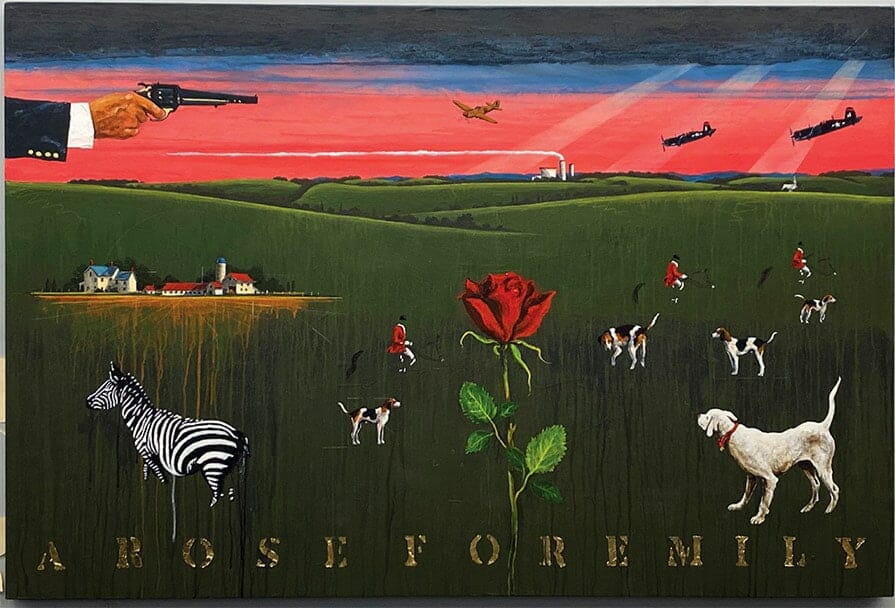 One of William Dunlap’s recent works, titled “A Rose for Emily,” which Dunlap plans to have displayed at the Westin Hotel in Jackson.

His work, which he has dubbed Hypothetical Realism, has exhibited internationally and been included in numerous public and private collections near and far, including the Lauren Rogers Museum in Laurel, the Mississippi Museum of Art, Ogden Museum of Southern Art in New Orleans, the Metropolitan Museum of Art in New York, the National Gallery of Art in D.C., the State Department and U.S. embassies around the world.

“The places and situations I paint aren’t real – but they could be,” he notes on his website, williamdunlap.com.

His awards and honors include those from the Danforth, Rockefeller, Lila Wallace and Warhol Foundations, the Mississippi Institute of Arts and Letters and the Mississippi Governor’s Award for Excellence in the Arts.

In recent years, Dunlap has crossed over into literary work, with 2016’s “Short Mean Fiction – Words and Pictures,” with stories drawn from decades of sketchbooks accompanied by reproductions of original drawings.

Such versatility in his artistic expression he credits in part to his formative years as a student on the Raymond Campus.

“For what it’s worth, I am totally a product of the university system,” he said. “It has formed and informed me and of all the institutions I’ve been associated with, either as a student or faculty member. None surpass Hinds Community College in its ability to inspire, instruct and demand the best.”