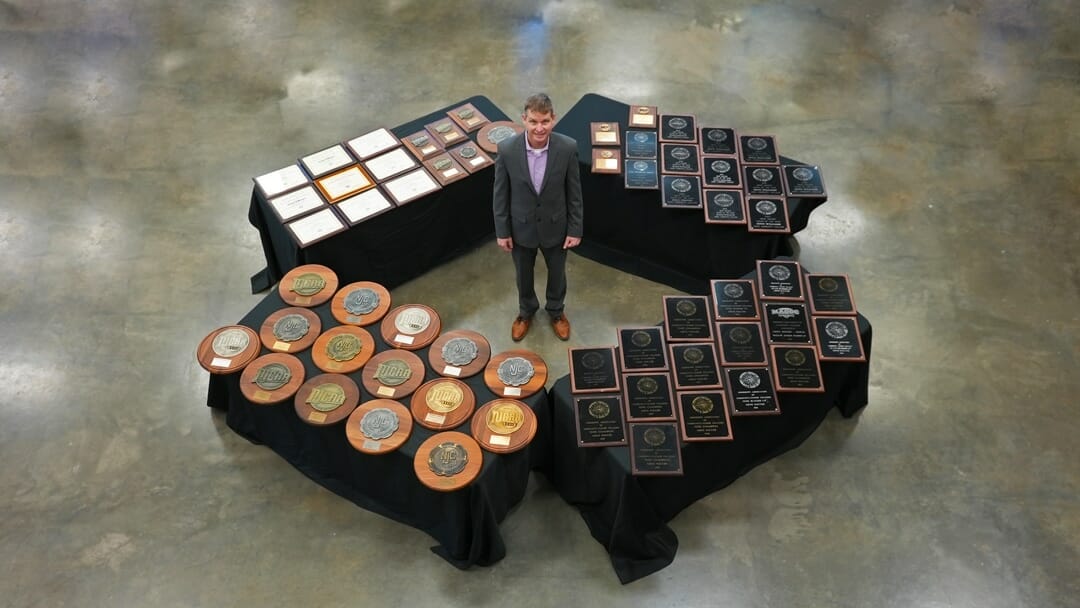 Doug Williams (1995) went to his dream college and worked his dream job for 24 years. In December he hung up his men’s soccer coaching cleats to spend more time with his wife Elaine and three children Benaiah, Lily and Esther while continuing to teach at Hinds.

A Richland High School graduate, Williams had played on a club soccer team based in Vicksburg. He was recruited to Hinds by Tom Shepherd (1961), who was a business instructor when he started the Hinds men’s soccer program as a club sport.

“We had some guys transfer here from four-year schools,” Williams said. “Just like now if you wanted to be on the best team for soccer in Mississippi, this is where you came.” He received a soccer scholarship, one of the first offered at Hinds. And Hinds was the right place for him academically. “We had great teachers here, and I wanted to go on to a four-year school. I knew that Hinds could do that for me.”

He earned a scholarship to the University of Mobile where he played soccer and received a bachelor’s degree in psychology at Belhaven University.

“Hinds made the transition easy for me. It was good for me to wait until I was a junior before I went out of state. That helped me grow up a little bit. So when I moved to another environment, I was more ready for that,” he said.

He returned to Hinds in 1998 as Shepherd’s assistant coach while commuting to Hattiesburg for a master’s degree in sports administration at the University of Southern Mississippi. “I loved coaching. I started coaching when I was a junior in college. I tried to go pro as a player. I wasn’t good enough, but I wanted to stay involved in the game. I called Tom.

“He said ‘I want to retire but I want to hand the program over to somebody else. Come work for me, get your master’s degree.’ So that’s what I did,” Williams said. “He retired from coaching and kept teaching, and I became the coach.”

Shepherd said coaching Williams and witnessing his coaching others was a pleasure.

“I watched him take the team to a higher level. He has been an ideal role model for his players and to everyone in his personal life,” he said. “Doug and his wife are well known to everyone at Hinds for their commitment to his beautiful family and their strong Christian beliefs.”

Williams’ teams have had great success in the 24 years he has coached. His teams have won more than 75 percent of their games and collected nine state championships and seven regional championships. He has an overall record of 254-106-30. His win total currently ranks him No. 7 on the National Junior College Athletic Association (NJCAA) Men’s Soccer winningest active coaches list.

“I made coaching and being successful a huge priority for a long time. It’s time for me to go home and be with my kids and my wife and not be on the recruiting trail,” he said. “I felt like it was a job completed. I got my dream job and I completed the task.

“The championships are awesome but it’s the people who are the legacy.”