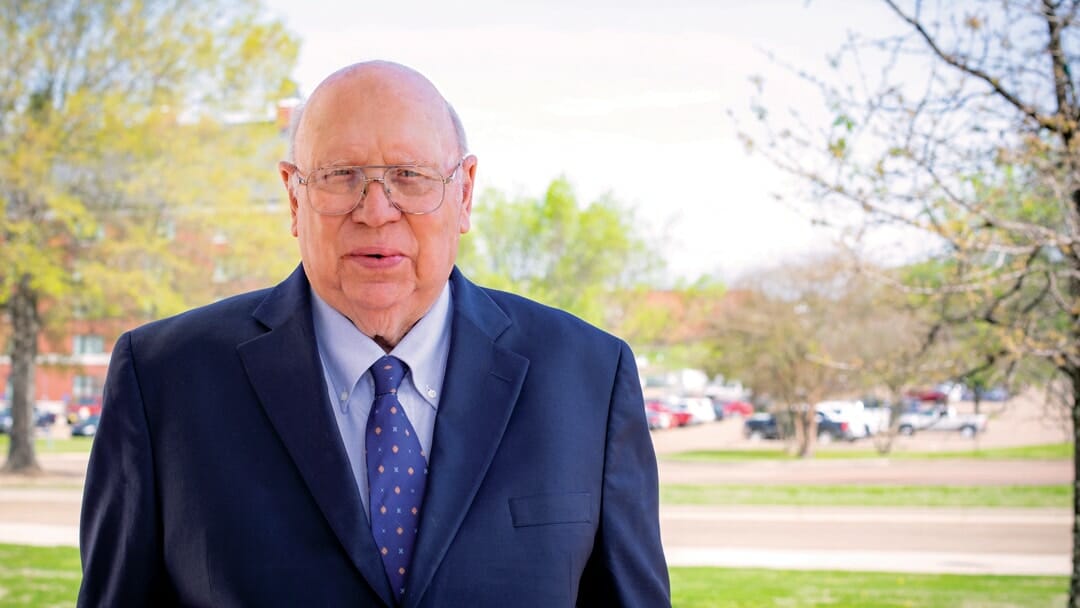 Ted Kendall III’s family is so intertwined with the history of Hinds Community College that it is impossible to tell the college’s story fully without talking about his family.

After serving the college in some capacity for more than 50 years, Kendall is rotating off the Hinds Community College Foundation Board of Directors in December after serving multiple terms. Before that, from 1968 to 1988, he was a member of the college’s Board of Trustees, serving as its president beginning in 1977.

To many people, he is best known for twisting the arm of then-Meridian school Superintendent Dr. Clyde Muse to submit an application to become president in 1978, resulting in a tenure that lasted until June 30, 2020. But the behind-the-scenes influence of Kendall and his family is far greater than that one achievement.

Beginning in 1933, Kendall’s grandfather F.M. Greaves served 35 years on the college’s Board of Trustees, including 24 years as president. After he was killed in a car accident at age 85, Kendall succeeded him on the board. 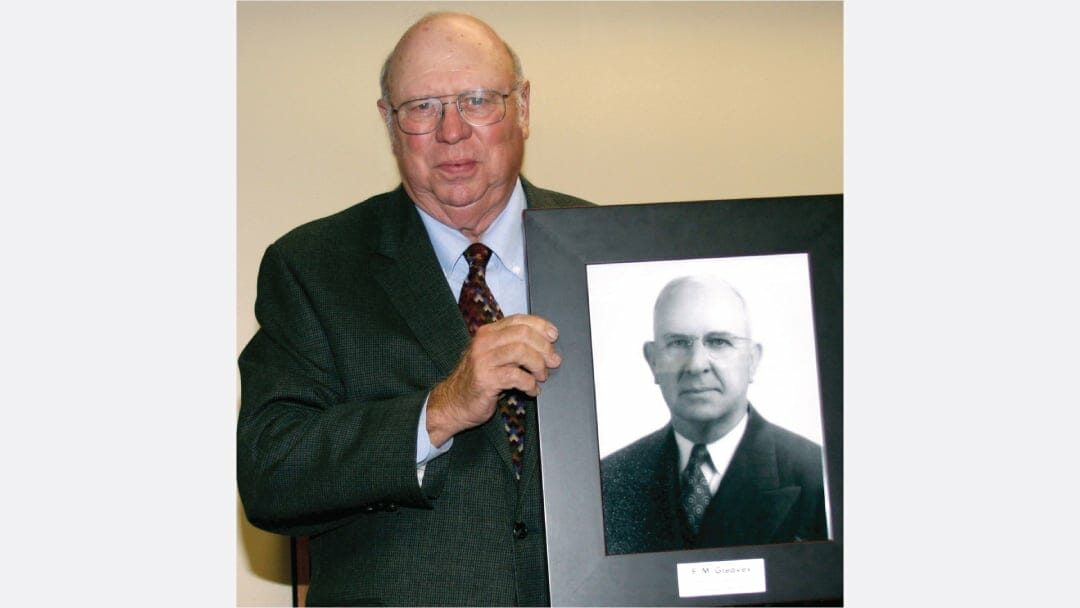 Ted Kendall holding a portrait of his grandfather, F.M. Greaves.

Together, the two of them have served the college in some way for 88 years, most of the life of the college that was established in 1917.

Like Kendall today, Greaves was part of the family-owned companies, The Gaddis Farms and Gaddis-McLaurin Inc. These companies included farm land, a cotton gin, cattle and a store in Bolton. 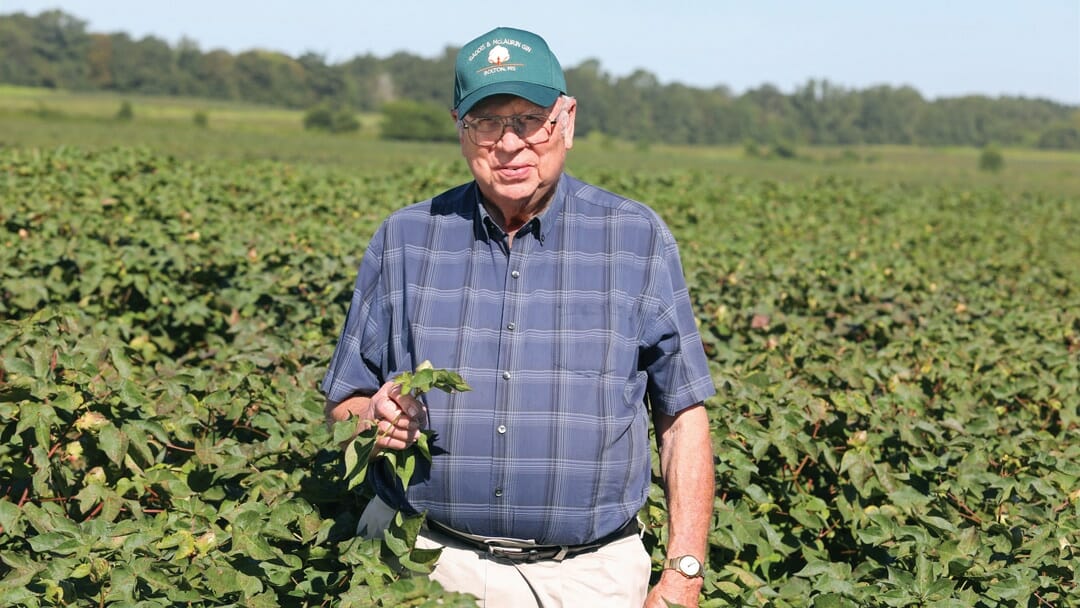 Kendall said his grandfather “realized the value of the junior college, now community college, and what it meant to all the people in the area and what it meant to the students for whom, perhaps, it would be their only opportunity to go past a high school education. “Hinds has really raised the education level of the whole population. It wouldn’t have happened without Hinds,” he said.

“Mr. Kendall’s family has had a far- reaching impact on the growth of the college. As an alderman, I very much appreciate all the things Mr. Kendall and his family have done for Hinds and our community,” Harris said. “I will always remember and value the tremendous influence he has been for me personally and our area.”

Harris said Kendall’s support was not limited to just the college. “He has also been instrumental in supporting various organizations such as Andrew Jackson Council of Boy Scouts and Hinds County 4-H.”

A 1958 Mississippi State graduate who served as student body president, Kendall returned home and began to learn to run the family business. He and Clyde Muse met when they served together on the college’s Board of Trustees, when Muse was Hinds County school superintendent from 1969 to 1971.

By the time Dr. Robert Mayo announced he would retire in June 1978, Dr. Muse and his family had moved and were settled in at Meridian.

“One of the few little things I did for Hinds was bringing Dr. Muse back to Hinds,” Kendall said. “We had to advertise nationally. We had 100 applicants for the job. We didn’t interview but four.”

For Kendall, the selection of Dr. Muse as president was obvious. “There wasn’t any question in my mind. He did a great job. It worked out just right.”

Over the years, Kendall and Dr. Muse collaborated on many projects together. One of those was the establishment of the Bull Test Station.

“Since my life was agriculture I was real interested in it,” Kendall said. “A lot of the cattle producers said we needed a bull test station somewhere in the state. We went out to Oklahoma State to see theirs, came back and set out to try to create one.”

The Bull Test Station is important to help cattle farmers to understand the genetic strength of a bull and to increase production. “You can’t look at a bull and tell what the performance would be in his offspring,” he said.

The Bull Test Station is located at the Ted Kendall III Agricultural Complex off Seven Springs Road near Raymond.

“One of the things that I’m so proud of is that the agricultural complex bears his name,” Dr. Muse said. “I don’t know of a person any more respected throughout this state and this region than Ted Kendall III.”

Kendall, however, argued against it. “I’m a little embarrassed every time I come down the road and I see my name there. That is not what we built it for, to put my name on,” he said.

The two also worked together to merge Utica Junior College and Hinds Junior College in the early 1980s, a delicate task that called for a lot of tact.

“While it was a tough thing on everybody, the people trusted him, they had confidence in him. Luckily through that, I was able to get some trust and confidence but his integrity was so important in that process,” Dr. Muse said.

When the John Bell Williams Airport needed more land to extend its runways to accommodate modern aircraft, Kendall had the company Gaddis-McLaurin sell the land to the college but then turned around and put most of the money back into the Gaddis-McLaurin Scholarship. He also established the F.M. Greaves Scholarship in memory of his grandfather and had a hand in acquiring scholarships from Merchant & Planters and Trustmark banks.

Kendall was also there when the Foundation was first established in 1978, right after Dr. Muse became president, and then became an active board member. The Foundation is the path community members can use to make donations of money and resources to the college, and it, in turns, provides money for scholarships that directly impact students as well as resources for faculty development at the college.

“The Foundation is so important,” Kendall said. “It can do things to help students that can’t be done without the Foundation. It also makes it a lot easier to get support from the community to help Hinds.”

The family legacy of service has continued with both his sons Tom and Ted IV (1979), who have served terms on the Foundation board and continue to support the college and the community of Raymond. Ted IV also attended Hinds and played on the basketball team. Last summer, current President Dr. Stephen Vacik learned one of the people he needed to meet as soon as possible was Ted Kendall.

“When I arrived at Hinds, one of the first questions asked of me was whether I had met Mr. Kendall and that if I hadn’t, he should be first on my list to visit. He was – I did – and I was not disappointed. It was clear from my first conversation that Mr. Kendall cares deeply about Hinds, farming and people. That makes him pretty special in my book,” Dr. Vacik said.