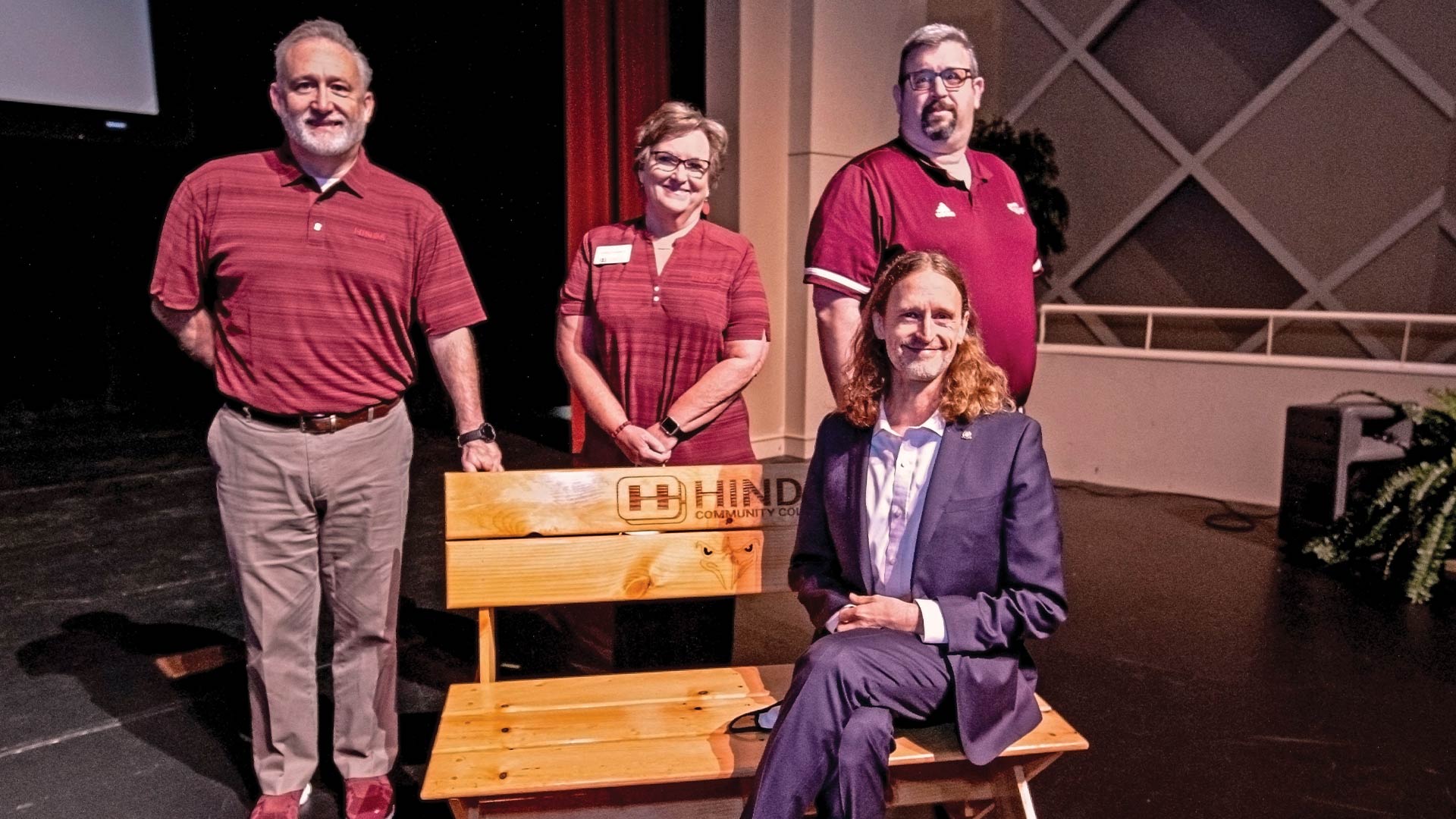 Hampton Shive may not have had a crystal ball a few years ago when he pushed departments to move to cloud storage instead of using the college’s servers.

But his foresight helped make the sudden transition in March to teaching online classes and working remotely much easier than it might have been across the district.

Shive, a 25-year Hinds employee, was named the recipient of the 3E Award, Emphasis on Excellence and Enrichment, which is the highest award given by the college and is presented each year to a person who embodies the name of the award.

Jackie Granberry, executive director of the Hinds Community College Foundation, made the surprise announcement at the Aug. 11 Raymond Campus Convocation. Typically, the announcement would have been made at May Employee Awards but was delayed because of the coronavirus pandemic.

“Hamp has always looked at what is best for Hinds Community College and what will move our college forward,” Granberry said.

Shive, a Raymond resident, began as a network engineer and now is associate vice president for Business Services and chief information officer.

He has seen a lot of big changes at the college over the last 25 years in the business operations, delivery methods of courses and evolution of career-technical education programs.

He said he is committed to making sure Hinds’ “technology environment is constantly evolving to best support the maximizing of effort available for teaching and learning while streamlining and reducing administrative effort.”

Shive said that, with the rise of the smartphone, it became obvious to him that the “world’s information environment was rapidly moving from a fixed, wired computing model to an anytime, anywhere wireless model. We believed that a strategic shift to cloud technologies was in the long-term best interest of our students and employees due to the increased flexibility for everyone.

“What we did not expect was that a five-to-10-year evolution would be compressed into a few weeks due to COVID-19,” Shive said.

But because Hinds had already been moving that way, the transition was much easier. He credits the Hinds team with making it possible.

“While the technology was a key part of this, the most significant element is our people and their willingness to rapidly adapt and change,” he said. “The best technology in the world is useless without people that know how to apply it to solve issues and meet needs.”