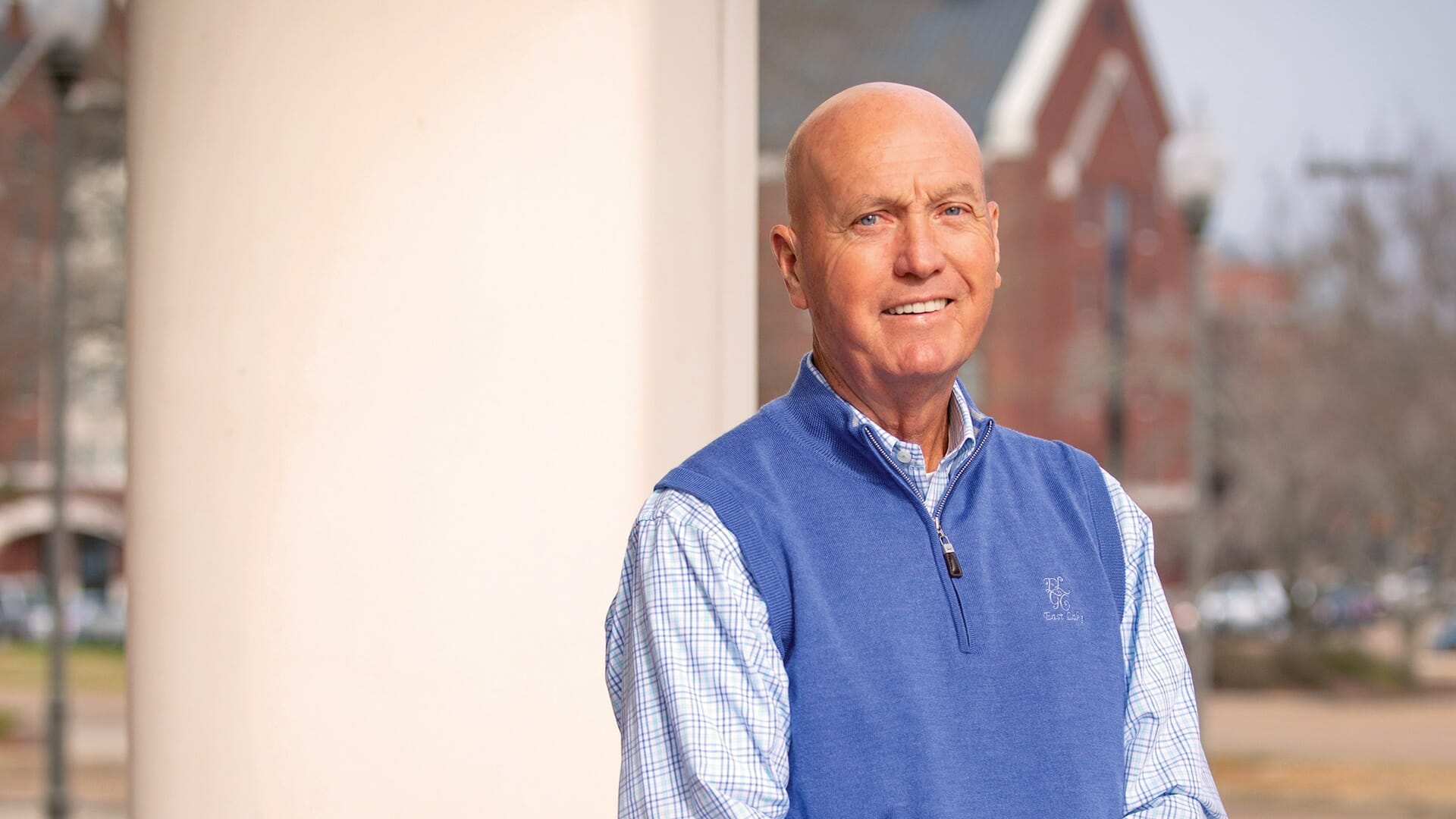 Percy Thornton, owner of Southern States Utility Trailer Sales, didn’t attend Hinds Community College after serving a stint in the military, but he has become a devoted admirer of the college.

He has served several stints on the Hinds Community College Foundation Board of Directors and is the 2021 chairman. He participates every year in the annual Golf Fun Fest that is the Foundation’s largest fundraiser for student scholarships. As is not unusual, personal relationships inspired his interest in Hinds – John Heiden, former Foundation board member who passed away last year, was a personal friend who introduced him to now retired President Dr. Clyde Muse. His admiration of the two men and their values brought him to the Hinds family.

“Dr. Muse came to my office and, of course, how could you not like him. He was quite the spokesman for Hinds,” Thornton said.  Since he became involved with Hinds, Thornton has grown to appreciate the college’s mission and the sometimes deep needs of its students.

“It’s encouraging when you’re able to help people, when you see the needs that are there,” he said. “My church (Morrison Heights in Clinton) does some things at Hinds, and I’ve been involved out here with some meals at night with the kids, cooking for them, doing games, getting to know them.
“The kids keep me coming back. I know there is a need there. And I don’t think years ago I realized there was such a need and what it means to these kids to get some help through the Foundation board. But I do now,” he said.

For Thornton, serving on the Foundation board is all about relationships – with fellow board members he becomes friends with, the Foundation staff and with students, even those he never meets in person.
“You are building relationships,” he said. And that’s what keeps him giving back, year after year.

Greg Durrell →
Back to News & Events