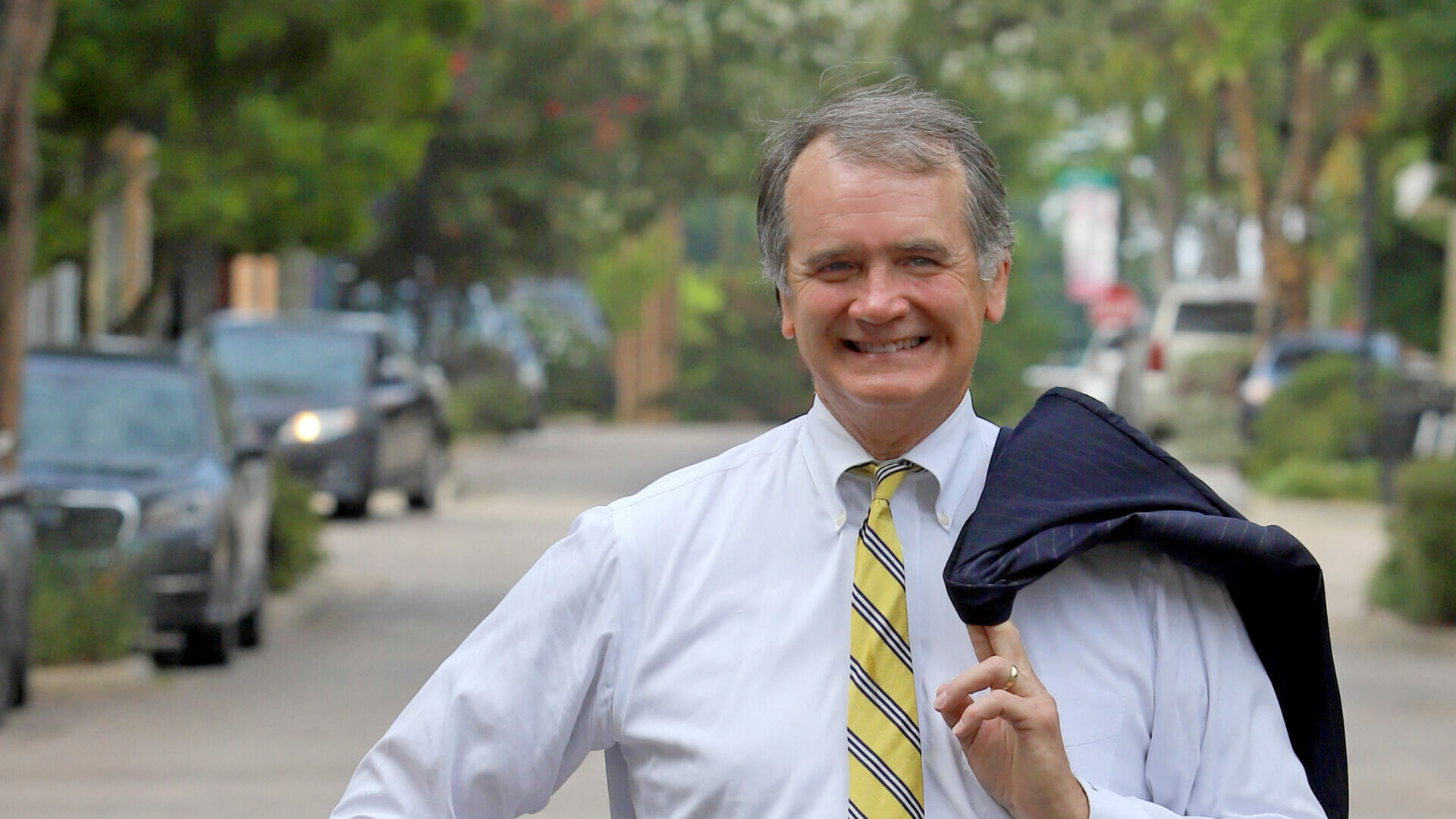 Mark Buys – Alumnus of the Year

Mark Buys (1975) is the kind of guy you want on your team, a guy who’s upbeat and passionate about causes most dear to his heart. For Buys, who is the 2022 Alumnus of the Year, two of those causes intersect nicely.

One is his native Vicksburg, where he still lives; another is Hinds Community College, including the Vicksburg-Warren Campus. Buys, President of the Vicksburg branch of BancorpSouth, is active in his local community and is an enthusiastic cheerleader for both his hometown and the college. “Vicksburg’s home, and I’ve been heavily involved in the community ever since I graduated from college. It’s been a blessing for us to be able to still call Vicksburg home,” he said. “The community is obviously made up of its members, of its citizens. And if the citizens don’t get involved, nothing happens.”

His involvement also includes substantial service to Hinds Community College. “Hinds has always been so near and dear to me and my family. I think you have to give back,” he said.

He has served three terms on the Hinds Community College Foundation Board of Directors and continues as the long-time president of Hinds’ Claiborne/Warren Alumni Chapter. The chapter hosts the Clyde Donnell/Othel Mendrop Memorial Golf Tournament that helps fund student scholarships for his community. He sponsors a team in the tournament and helps get it kicked off each year.

During the pandemic, he assisted the college in securing Payment Protection Program Funds, which supplemented the Foundation’s payroll.

“While Mark has supported the college as a whole, he has especially supported the Vicksburg Campus. He understands the importance of Hinds’ presence in the community. He supports the Foundation and Alumni Association with his time, energy, expertise and his resources,” said Vice President Emeritus Jackie Granberry, who retired as Executive Director of the Foundation.

Buys attended Hinds for one semester in 1975 before transferring to Millsaps College followed by the University of Mississippi, where he played baseball for three years and graduated in 1980.

He was originally recruited to Hinds for baseball by former coach Danny Neely. But at the time Hinds was not offering baseball scholarships. Instead, Buys came to Hinds with a football scholarship, playing under legendary coach Durwood Graham for one season.

“Even though I was there for only one semester, it gave me a great foundation to spring off and go forward. I couldn’t be more pleased about my time there and what it meant,” he said. “My affection for Hinds is just through the roof. I’m just very appreciative of what it has done for me, personally, and my family, and what it means to our community and our state.”

He is well-versed on what Hinds and the other community colleges have to offer potentially, including dual credit classes for high school students designed to help them earn a degree quicker and Phi Theta Kappa membership that’s a gateway for substantial university transfer scholarships.

When now President Emeritus Dr. Clyde Muse asked him and other local leaders to attend a Warren County Board of Supervisors meeting to support funding for the Vicksburg-Warren Campus George-Oakes Building, he was happy to do his part. He remembers the meeting being “standing room only.”

The building, which opened in 2019, houses a host of career-tech programs, including robotics.

“The Hinds campus and the George-Oakes Building have been just a tremendous asset for us in workforce development,” he said.

He points out that Hinds, as the largest community college in Mississippi, “didn’t get there by chance. It got there through great leadership,” he said, citing the leadership of both Dr. Muse and current President Dr. Stephen Vacik, who just “picked up the ball and ran with it.”