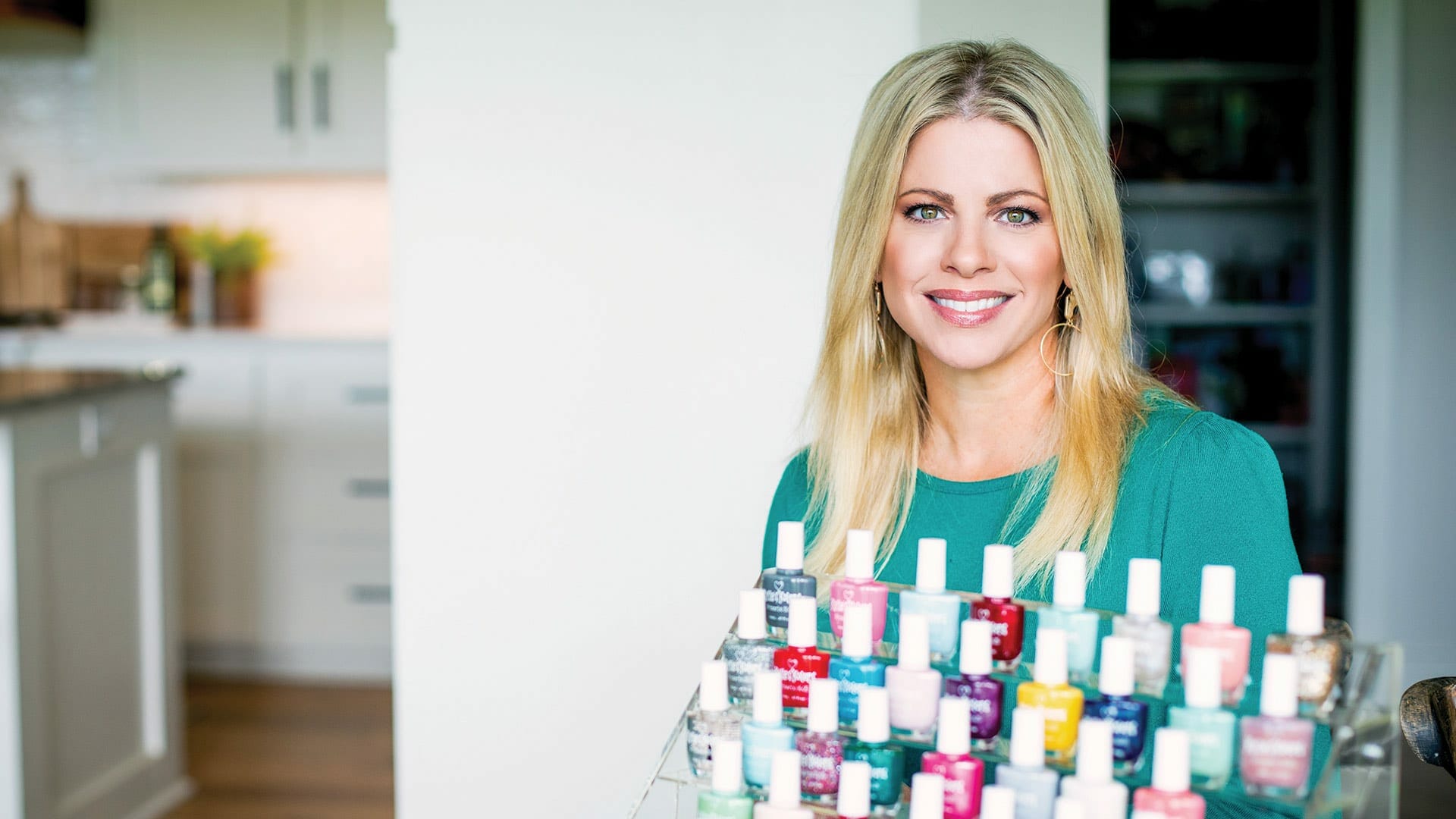 A chance social media post in 2014 inspired Kelly McHann Tucker (1995) to begin what she views as a ministry that has become successful beyond her wildest dreams.

Tucker noticed a social media post shared by a friend detailing the story of a little girl named Kylie, the same age of her own daughter, Rivers, then 2. Kylie Rowand, whose family lived in San Diego, had been diagnosed with neuroblastoma and was being treated at Memorial Sloan-Kettering Cancer Center in New York. Her mother left her job to care for her daughter, and it appeared the family was struggling financially in addition to caring for a sick child.

Something about the story resonated with Tucker and she couldn’t get it off her mind. Tucker is a senior vice president at Regions Bank in Ridgeland, where she has worked since earning a business degree from Mississippi College. A Raymond native and Hinds graduate who is active with nonprofits, and now a member of the Hinds Community College Foundation Board of Directors, community service was already in Tucker’s blood. She wondered whether she could use her business background and yen for community service to somehow benefit Kylie and her family.

“I think that because our daughters were the same age, it just reminded me how blessed I was. I found myself just being pulled into the story,” Tucker recalled.

“It was really over that summer where I felt the Lord saying, ‘You know, Kelly, if you’re this moved by Kylie’s story and their faith, you really should do something about it.’ I really didn’t know what I could do.”

The first thing she did was to host a large garage sale, which netted $1,200 for the family. “So I sent that money to the P.O. box that was on their Facebook page,” she said. “I kind of thought, ‘All right, I’m done. Lord, I’ve done what you’ve asked me to do.’”

But she soon realized the story, and the family’s obvious faith, was still speaking to her heart and she was being called to do more. As she continued to follow the story in social media, she noticed that Kylie always had her nails painted, just like Rivers did.

“That really represents the innocence of a child at two and three years old. This one” – pointing to her daughter Rivers, now 9 – “was all about nail polish, all things girl,” Tucker said. “So I thought, ‘I wonder if I could start a private label nail polish company and let Kylie’s family name the colors, something that’s important to the family, something that would resonate with them.’ Really from there, I just started doing research.” 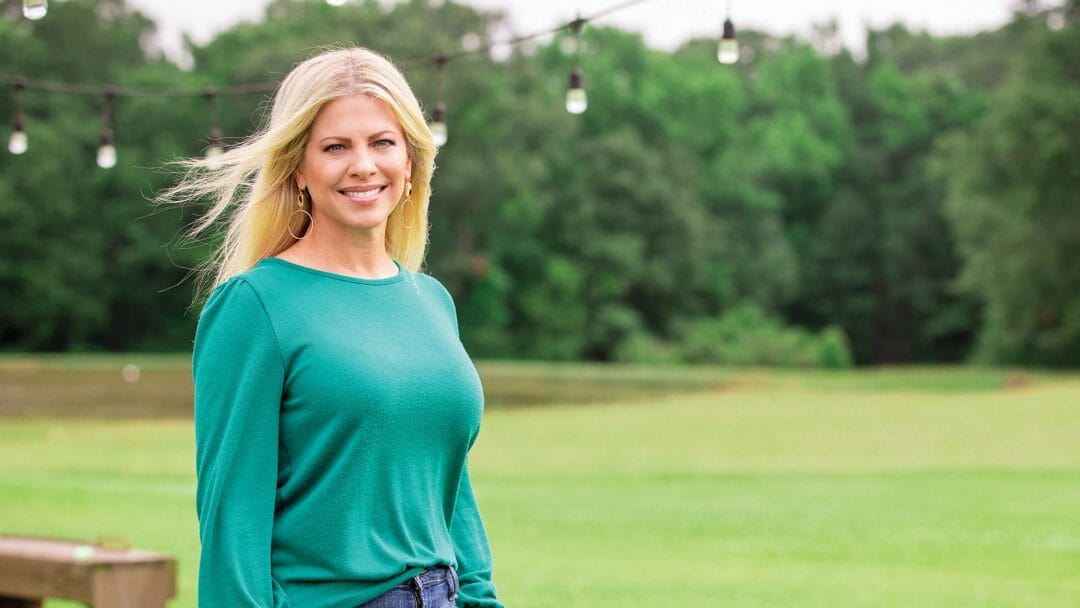 A chance social media post in 2014 inspired Kelly McHann Tucker (1995) to begin what she views as a ministry that has become successful beyond her wildest dreams.

She drew on her connections in the business and nonprofit worlds to come up with a plan that was workable. From there, Kylie’s Kolors was born in December 2014. She started with Kylie’s family, by communicating with a family friend about her idea and asking their involvement with choosing and naming colors. One of the first colors was a blue named “Whoo Whoo” after Kylie’s blue stuffed owl.

Through the private label manufacturer, “I ordered the minimum amount I could order – 1,008 bottles – because I had no idea what the response would be. We launched our website at 11 o’clock one evening. We were completely sold out by 5 o’clock the next morning and had sold 3,000 bottles by the end of the first week,” she said. “It gives me chills to this day. That’s when I knew I was walking in obedience to what the Lord had laid on my heart. So it was just the affirmation that we were doing the right thing.”

The money raised initially went to Kylie’s family and two other families. Then Kylie died at age 2 ½ in 2015. Tucker flew to San Diego for the funeral, meeting Kylie’s parents Bree and Luke for the first time.

Tucker has continued the project, twice a year taking nominations of families to work with, including
both girls and boys who are angels or fighters. Family members choose and name colors, and the proceeds go to either the families or a selected nonprofit. “There’s a story with every bottle,” Tucker said. “In reality, they all have really sweet meanings.”

One of those stories is Ian Cochran, a Brandon teenager who died in October 2019. His mother Kim selected a red and one of his favorite sayings, “Choose Joy,” as its name.

Nearly seven years later, Kylie’s Kolors has a Facebook page and the polishes are for sale through a website, kylieskolors.com. Tucker has a room in her home dedicated to housing the nail polishes. Rivers helps her print out and organize the orders that are mailed to buyers.

Percy Thornton, chair of the Hinds Community College Foundation Board of Directors, said Tucker’s commitment to the project is impressive. “We’ve all had great ideas to help people but many of us are not up to the task of completing the process when it becomes successful and turns into a lot of work, such as Kelly has done with Kylie’s Kolors,” Thornton said. “I’m so proud of Kelly for her persistence and love for this ministry. She inspires me in my life.”

Tucker says she continues to be blessed by the faith of the families represented by Kylie’s Kolors. “It really gives us the encouragement we need to continue to do this,” Tucker said.