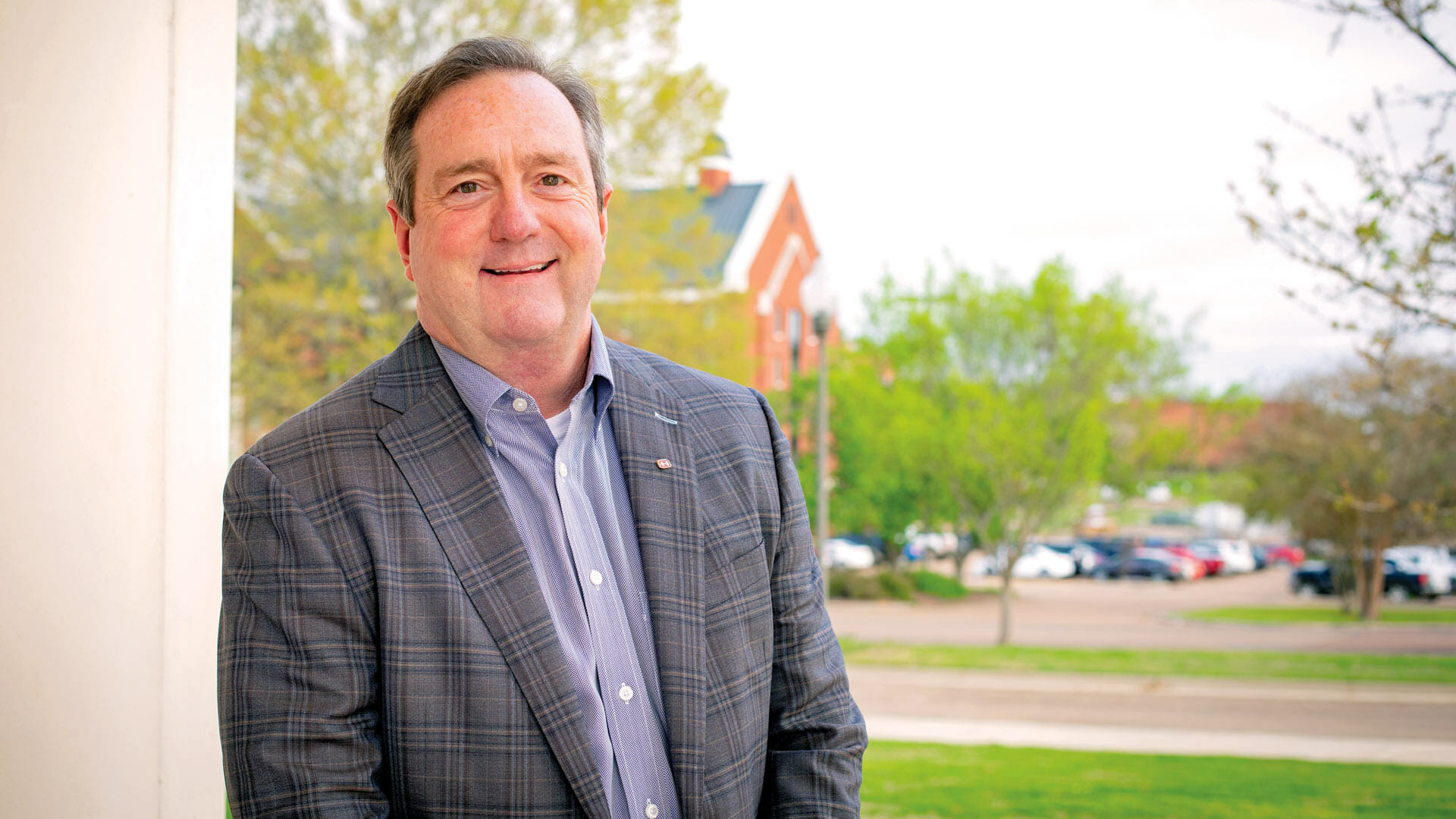 As of January 2022, Jimmy Morton (1982) assumes the chairmanship of the Hinds Community College Foundation, which has been so instrumental in his own life. He was the first recipient of the R.E. Woolley Scholarship through the Foundation, which was founded in 1978.

“It’s almost impossible to put into a sentence what the Foundation has meant to me because it’s been such a part of my life for so many years,” he said. “In 1980, I stepped foot on the Raymond Campus and received a scholarship, and it opened some doors.”

Among other impacts on his life, he became friends with the man who started the scholarship, driving Woolley to meetings in his later years. “He was just a great man who had a vision for Hinds. He was a longtime supporter of Hinds and he helped start the Foundation. That experience began planting the seeds about giving.

“I made a promise to Mr. Woolley at one of those Foundation events that if I ever got to the point where I could give back, I would. I’ve done my best,” Morton said.

He has been intimately involved with the college and the Foundation for many years. He was a member of the student recruiting group Hinds Connection in 1980, the second year after it was created. He has served as emcee at many Hinds events and served in many leadership positions including with the Alumni Association. In 1995 he was named as the Alumni Service Award recipient.

“There are a lot of things that people can do with their time and their money,” he said. “When you listen to the projects of the college and the Foundation, you know that you’re giving a person a chance to change their life.”

“One of these Foundation scholarships can put a kid on a different trajectory, in a totally different place from where they start. To know that as a Foundation board member you had a small part of that, that’s pretty cool,” Morton said.

Foundation Executive Director Jackie Granberry said Morton has remained a part of the college since he was student body president in the 1980s.

“I know of no one who loves Hinds more than Jimmy Morton,” she said. “Years ago, when he owned Chimneyville Smokehouse Barbeque, he donated many meals to us. He has given so much of his time and energy to college and Foundation projects.

“Mr. Woolley would be so proud of him and would love that he has followed in his footsteps in so many ways. He will provide passionate leadership as Chairman of the Board of Directors,” Granberry said.

donate to the foundation
← Dr. Dan Hogan Misti Munroe →
Back to News & Events