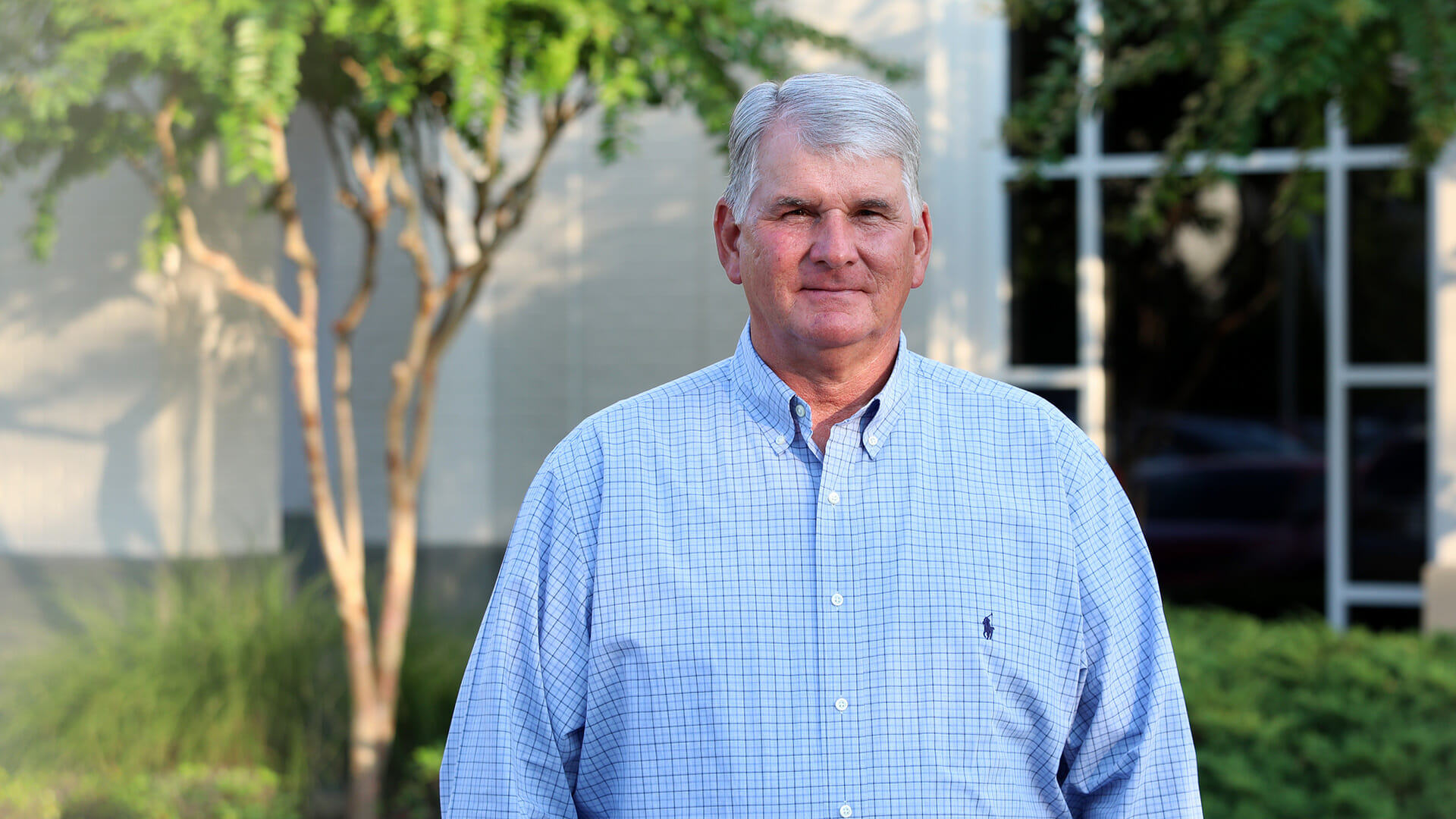 Utica native James Lewis Knight came to Raymond in 1977 and made his mark at Hinds as a two-sport athlete for the football and track and field programs. During his high school days, he was crowned state champion in the long jump and was a part of several state champion relay teams. His skills on the football field and track earned him roster spots to play both sports at Hinds.

Knight continued his winning ways with two state championships in the men’s long jump during the 1978 and 1979 seasons. On the gridiron, Knight became a standout for the Eagles and earned a spot in the 1979 Junior College All-Star Football Game.

His performance for the Eagles would land him a scholarship to Mississippi State University in 1979, where he would play one season for Emory Bellard. In his final season in Starkville, the Bulldogs would finish 9-3 and ranked inside the Associated Press Top-25 Rankings to conclude the 1980 season. He then finished up his athletic career at Mississippi College in 1980.

He rounded out his business degree at Mississippi College and put it to use starting a 16-year stint with Yazoo Manufacturing Company, where he was named Salesman of the Year in 1995 and 1996. In 1998, he started work for Kossen Equipment, which ultimately led to his current job as the founder and CEO of Southern Equipment Company based out of Flowood.

Knight is a member of First Baptist Church of Jackson, where he has been a member for 41 years.