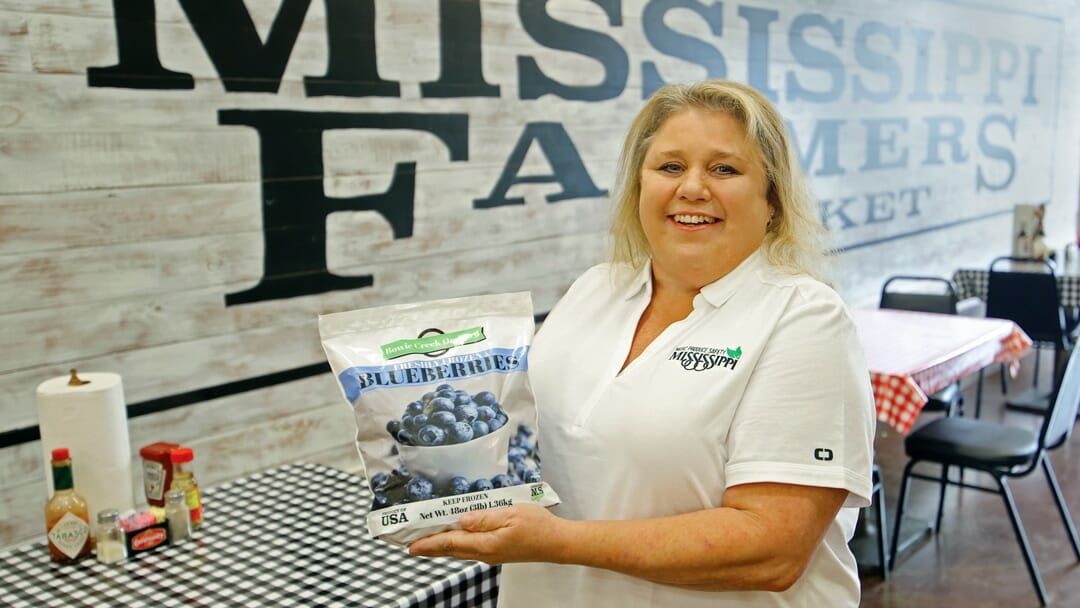 Like many who grew up in farming families, Tammy Allen (2017) grew up with dirt in her veins and an eye for quality.

“Farming is something that gets in your blood and doesn’t get out,” Allen said. “My dad was a farm equipment mechanic and both sets of grandparents were row crop farmers in north and south Louisiana. I can remember rows upon rows of cotton, wheat, corn and soybeans. Pappaw had 24 rows of pinkeye purple hull peas that seemed two miles long. We did our own canning and never went to the grocery store.”

She took the long road to making a career of that bucolic life of self-sufficiency. Today, though, at 52, Allen shows no signs of regret or slowing down. Her dad, who passed away in 2015, was part of her inspiration.

“I’d promised him after my daughter was born that I would finish school someday,” she said. “I have fulfilled that promise and am enjoying every second of my job and my life in Mississippi.”

Allen, a native of Franklin Parish in northeast Louisiana, lost a daughter in 1996 to SIDS, then gave birth to her daughter, Makayla, two years later. “I had started back at school after my second daughter was born, but then my divorce happened,” she said. “It stopped me from continuing school because I had to make a living for my daughter and me.”

The years that followed led to jobs that kept food on the table, albeit the processed kind. “I worked in nursing homes, did a sitting service for children and did home healthcare as I raised my daughter,” she said.

She moved to Mississippi in 2011 and began looking more seriously into a return to school and, she hoped, a chance to work with the land again. Restarting an education in her 40s in the Agribusiness Management program at Hinds Community College meant getting re-acclimated to taking tests and all that comes with college. At the same time, she was juggling a night job at FedEx and taking care of her elderly mother, who died in 2020.

“When I was in high school, we had computers that just about took up the whole room,” she said. “Technology is a little different now, but the family atmosphere in the ag program and at Hinds, in general, is what got me through. The hands-on learning from everyone in the program is just awesome. And I was in everything I could possibly be in – the Agriculture Club, Horses for Handicapped, I would help out with anything like that, including recruiting high school students.”

Allen earned two credentials from the program, in Agribusiness and in Animal Science Poultry Production, then continued to juggle jobs and classes when she earned a bachelor’s degree online from the University of Tennessee at Martin. In 2019, she landed her current job with the Mississippi Department of Agriculture and Commerce as an inspector with the FDA Produce Safety Division/USDA Federal/State Inspection Service.

Her career keeps her on the road, from the staple crop farms in and around the capital region to seasonal berry and melon farms of south Mississippi. “When I go out to farms, I expect to see ready-to-eat fruits and vegetables,” she said. “I look at growing, harvesting, packing and holding produce and vegetables. Talking to the grower is the best part of my job.”

Agribusiness Technology Instructor Wayne Boshart remembers in Allen an indefatigable work ethic that should continue to serve her well.

“While attending Hinds, she would pick up some shifts at work that would start at 4 a.m., and work until she had to leave for class,” Boshart said. “What was so impressive about this is that she was never late to class in her time in the Agriculture Department.”

The theme of hard work and sacrifice rubbed off on Allen’s daughter, Makayla, who has also earned degrees recently from UT-Martin, in agribusiness and farm and ranch management. What Allen hopes to teach anyone considering a career in agriculture is how vitally important it is to have trust in the nation’s food sources.

“I grew up around a certain saying that I was reminded of while attending Hinds – that there are 98 percent of the people out there who are being fed by the 2 percent actually growing the food,” she said. “Agriculture had always interested me, because we can do a lot, but we only have so much soil.”