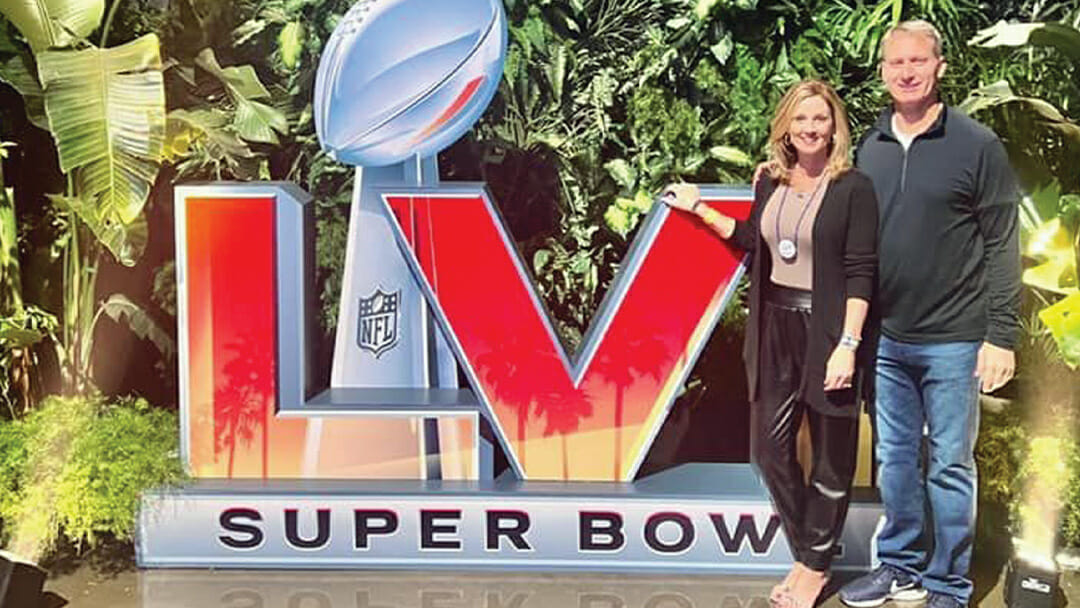 Golden rings and silver crowns have provided some championship luster in the lives of Taylor and Carissa Morton (1990, 1988), a legacy that began for each at Hinds Community College. Taylor was an aspiring wide receiver in the late 1980s on his high school football team in Niceville, Fla., and tried out at several community colleges. Hinds, though, was the one that “jumped out and felt comfortable,” Taylor said.

“Hinds felt like home, plus my dad, Noble E. Morton (1961), had gone to school there,” he said. “Dot Murphy, who was my position coach, had a great idea while I was rehabbing my knee to help her in the training room for the 1989 season.” The role as a Hinds trainer, instead of as an athlete, was his first step in a role that led to his professional career.

After a career behind the sports scene with stints in Atlanta and now Los Angeles, Taylor is a senior personnel executive for the Los Angeles Rams. His career in coaching and scouting reached the pinnacle of football this past year when the Rams became the Super Bowl LVI champions. “After we won, it was fun to reflect back on the journey,” he said. “I thought about all the many people that helped me along the way – so many teachers, coaches, friends and family members.” 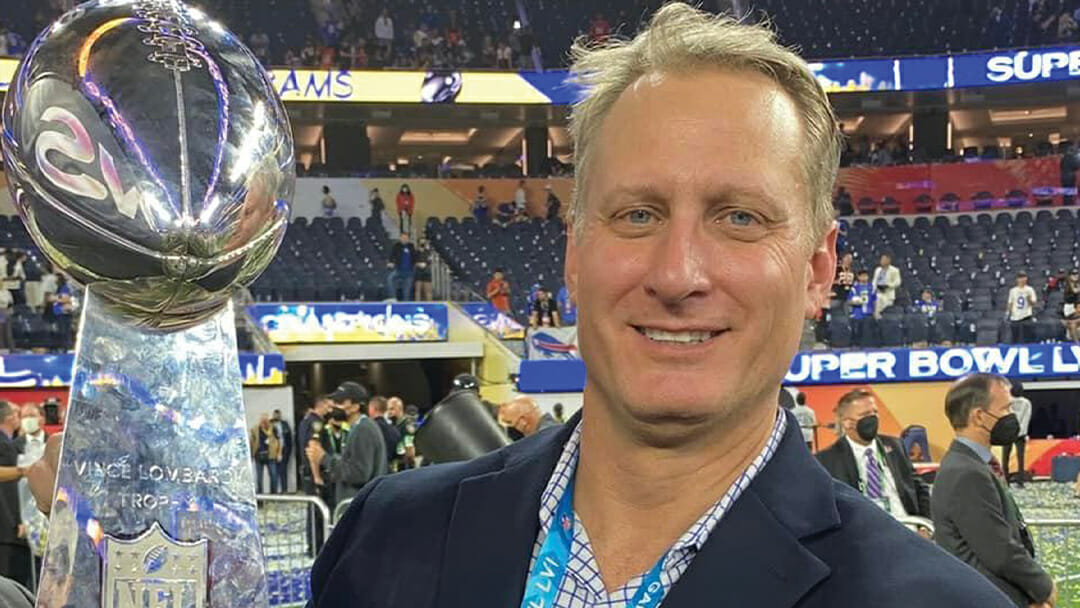 Two years before Taylor arrived in Raymond, Clinton High School graduate Carissa Morton – yes, she and her now-husband had the same last name – was also a Hinds student. One day she was walking across campus when the legendary Anna Bee, long-time director of the Hi-Steppers and director of two Hinds pageants, saw her.

“Anna Bee stopped me on the sidewalk one day and asked me to compete in the Beauty Revue,” Carissa said. “I was one of the 80-something girls who competed. The event lasted more than three hours back then.” Morton, who’d never competed previously in a pageant, was crowned winner of the annual Eagle Beauty Revue for fall 1987 and followed it up with a fourth alternate finish in the Miss Hinds pageant for spring 1988.

Both Carissa and Taylor transferred to the University of Southern Mississippi and earned degrees, but they still only knew each other casually from their time at the same colleges. Then, they ran into each other at a restaurant at the Reservoir and hit it off. Taylor had returned to Hinds as an assistant football coach and Carissa was a nurse practitioner in Jackson. A year later, they were married.

“It’s great to hear the story of Taylor and Carissa and how both of them were at Hinds at the same time but their relationship didn’t start until they left, and came back to the area,” said Director of Athletics Nathan Werremeyer. “Both of them spent a lot of time and effort becoming the people they are today while at Hinds and that shows the commitment that their coaches and mentors had on them.”

“Theirs is just one of many success stories of people that went to Hinds and were impacted by those that worked here. That’s something we will continue to do long into the future.”

As an assistant coach, Taylor was a part of two state championship seasons for the Eagles, in 1996 and 1997. He worked under former Head Coach Gene Murphy and with Position Coach Dot Murphy.

“What I learned from both Gene and Dot was how to treat people,” Taylor said. “They made it a family environment. As a coach at Hinds, I’d see former student-athletes from the ‘80s come back to visit. You could tell they were affected by their Hinds experience in such a positive way because of the culture they created.”

The late 1990s was a time of consistent winning for Hinds football, and Taylor embodied that quality perfectly, Gene Murphy said.
“It was a very special time then,” he said. “Taylor was really young and had plenty of energy. The thing that always stood out about him was that every day, he was consistent with what he brought to us. He cared about the kids, worked hard and was loyal. His whole family is one of integrity – an outstanding individual on and off the field.”

The Mortons lived in faculty housing on the Raymond Campus during Taylor’s four years on Murphy’s staff. Carissa still remembers how the college community made them feel at home during a tough time.

“Hinds was a family for us, no doubt,” Carissa said. “I was bed-bound for more than two months when I had difficulties with my first pregnancy. Cooks from the cafeteria sent me three meals a day, and people came and checked on me. We had a lot of great support.” Taylor had come to appreciate that feeling from his student days spent inside the football program.

“The good thing about attending Hinds starting out was the intimacy and the one-on-one with the teachers, versus a major university,” he said. “And that culture was what I needed coming out of high school. Football-wise, Gene was so much ahead of his time on offense, even though he came from a defensive background. Including the state title, Hinds won in 2000, just after I left for the Falcons, and we had one of the greatest runs of any junior college team.

“Academics were still a priority, too. We were prepared to go on to senior college because players were treated well but held accountable.”

The Mortons have lived the life of a typical “football couple” since his first NFL job with the Atlanta Falcons, where he worked 12 years before joining the Rams organization in 2012. “You have to love the game of football,” Carissa said. “You live by each season, not so much by the rest of the year.”

“She’s just a special lady who is very supportive of him with a lot of faith,” she said. “They’re amazing with what they’ve been able to handle, plus all the long commutes. She is quietly strong, and they’re solid people.”

Carissa left healthcare right before the pandemic while Taylor continued to commute to Los Angeles from their home base of Niceville, near Destin in the Florida Panhandle. Each has geared their lives to forgetting about the season just past and focusing on the one upcoming. Still, Taylor remembers something he learned from Coach Murphy at Hinds.

“It’s like coach always said, ‘Don’t ever forget where you come from,’” he said.

← For MSU championship pitcher: Hinds a ‘special place’
Back to News & Events