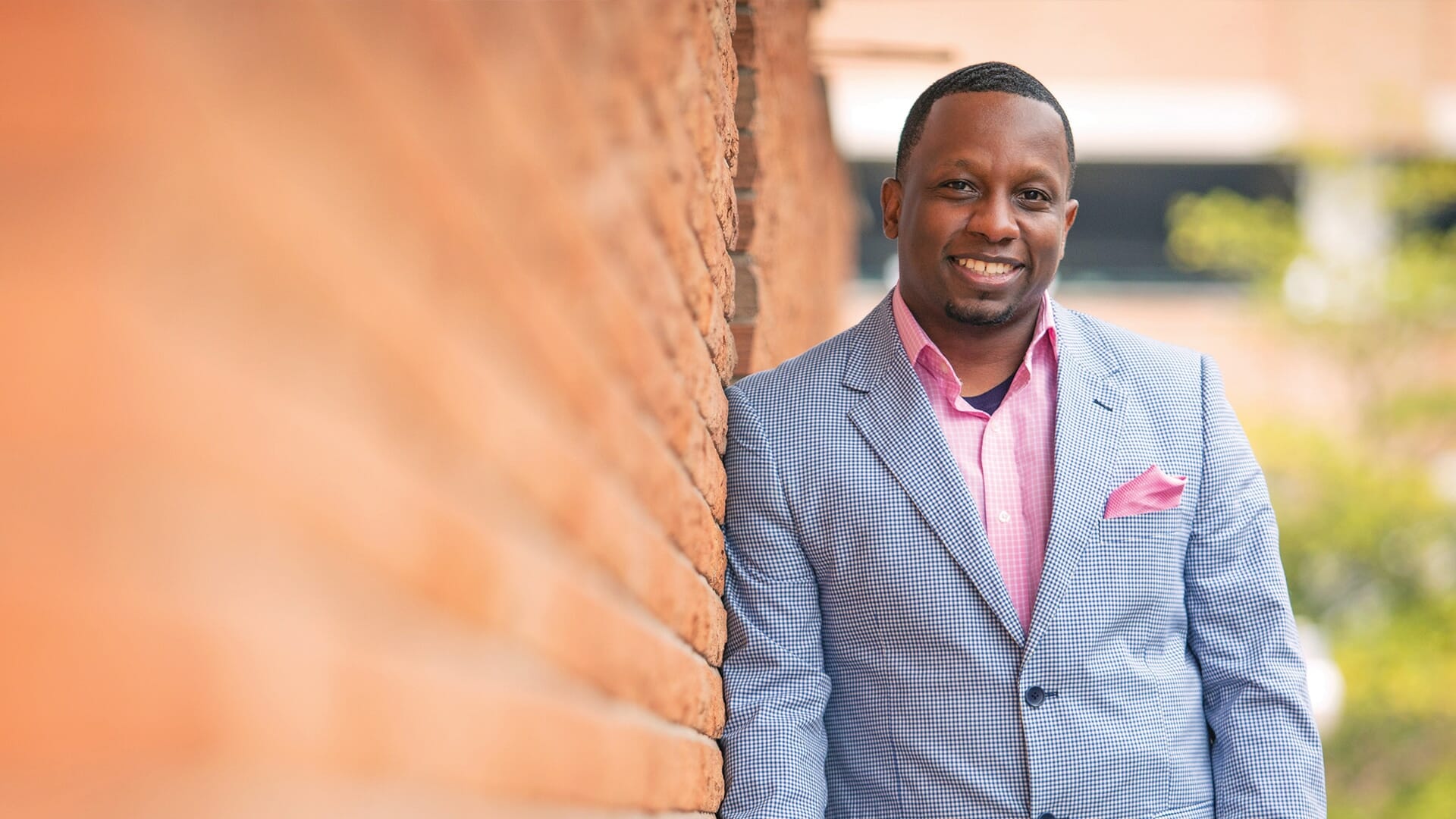 Long before he became a member of the Hinds Community College Foundation Board of Directors, Jackson architect Greg Durrell was already a friend of Hinds.

His involvement with Hinds began in 2013 after he formed his own firm the year before. He made a cold call to the college and met then-President Dr. Clyde Muse, who retired in June 2020. For Durrell, that was a life-changing experience.

“To meet somebody with that kind of prestige, it was tremendous. We immediately had a connection. Dr. Muse is just good people,” said Durrell, president and principal architect of Durrell Design Group in Jackson. Since then, he has worked on about 15 projects for the college, many of them small roofing projects.

But Durrell, a Vicksburg native, was able to be involved in a big way with a new signature building on the Vicksburg-Warren Campus. Durrell realized that the building, fronting Highway 27, had the potential to be a focal point for that campus. The George-Oakes Building was completed in 2017, just in time for Hinds to celebrate its Centennial.

Several years ago, Durrell started playing in the annual Golf Fun Fest, where he encountered Hinds Connection students, many of whom receive Foundation scholarships. He began asking them to tell their stories.

“I want to hear about what they’re majoring in, what do they want to do in life. I know that may be strange for them,” he said. “I love the idea of people telling their stories because sometimes that’s the first time that somebody can hear their story or their testimony.”

Now, he’s in his second year as a member of the Foundation board. “You want to be a good steward of the gifts that God has given you, and you want to be able to ensure that other people who don’t have access and opportunity are able to have that and have a shot at their dreams,” he said.

Executive Director Jackie Granberry “gives the students the opportunity to present why the Foundation is important and what it meant to them. And then you see others who are on the Foundation board who attended Hinds who may have received the scholarships as well. You see everything come full fold, and you start to see how the importance of the Foundation is magnified.”