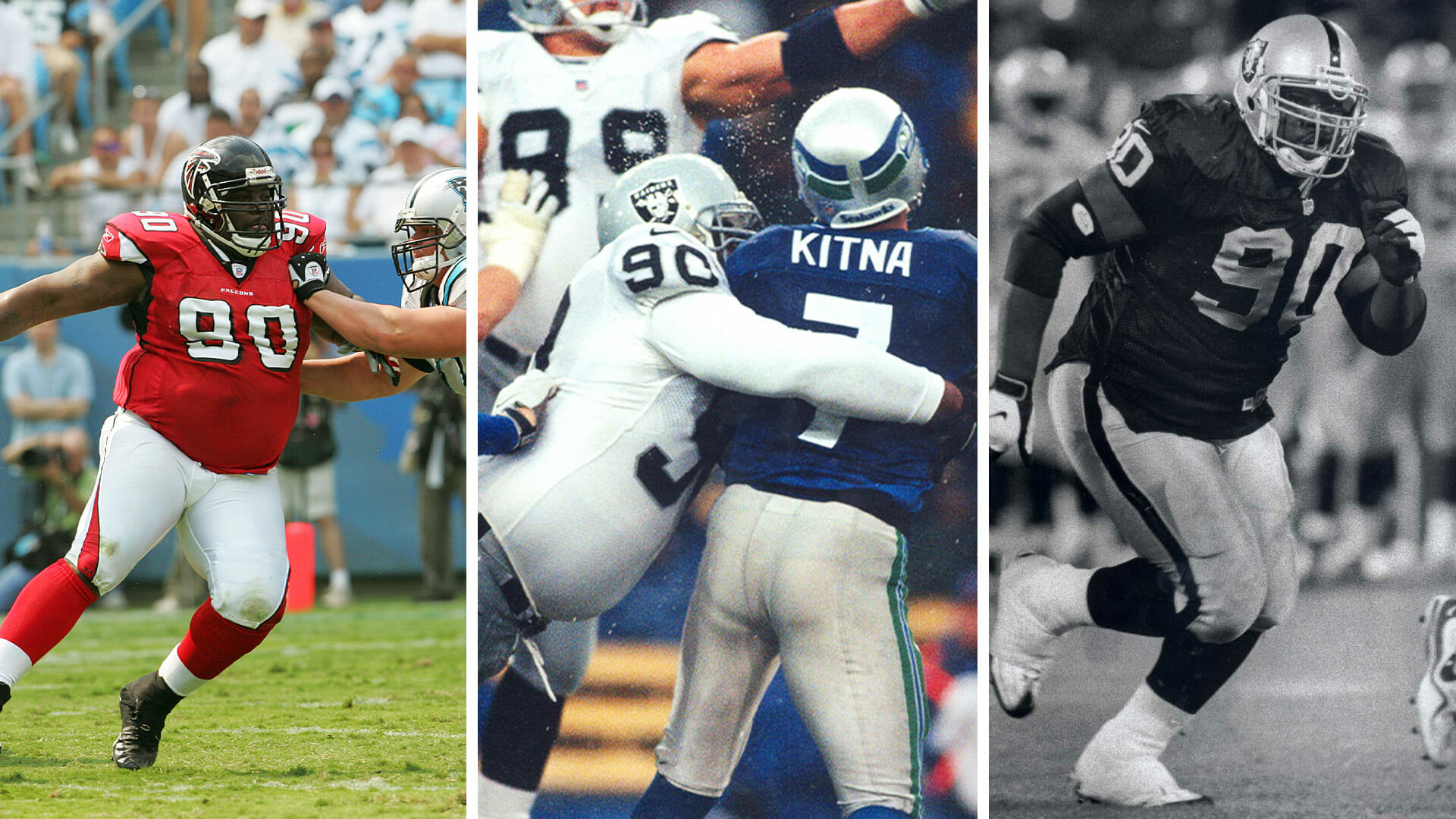 Athletic and dominant are words used by former Hinds head football coach Gene Murphy to describe Grady Jackson. Before arriving at Hinds, Jackson lettered for Greensboro High School in Greensboro, Ala. In high school, he was an All-American and won Most Valuable Player as a defensive player.

His dominant high school career landed him a spot in the Greensboro High School Hall of Fame.

When he came to Hinds in 1994, he made an immediate impact on the defensive line, helping the Eagles to back-to-back south state, state and Region 23 championships during his stint in Raymond. In his sophomore season, Jackson was a part of the Eagle football squad that played for a national championship in the Texas Shrine Bowl in Tyler, Texas. He was chosen as the National Junior College Athletics Association (NJCAA) Player of the Year after his performance in his sophomore season. He was named NJCAA All-American, All Region-23, All-State and All-South Division in both of his years at Hinds. He also broke John Copeland’s record for the number of sacks in a single game.

He then played at Knoxville College and was later drafted in the sixth round of the 1997 NFL draft by the Oakland Raiders, which sparked a 13-year professional football career. Jackson played for several NFL teams, including the New Orleans Saints, Green Bay Packers, Jacksonville Jaguars, Detroit Lions and Atlanta Falcons. During his first stint with the Falcons in 2006, Jackson led the entire league in tackles for loss.

After his pro career concluded, Jackson continued to be a great role model for kids and spearheaded the creation of the yearly Grady Jackson Football Camp. Jackson currently resides in Georgia where he owns a successful barbering business that caters to the surrounding Atlanta area.