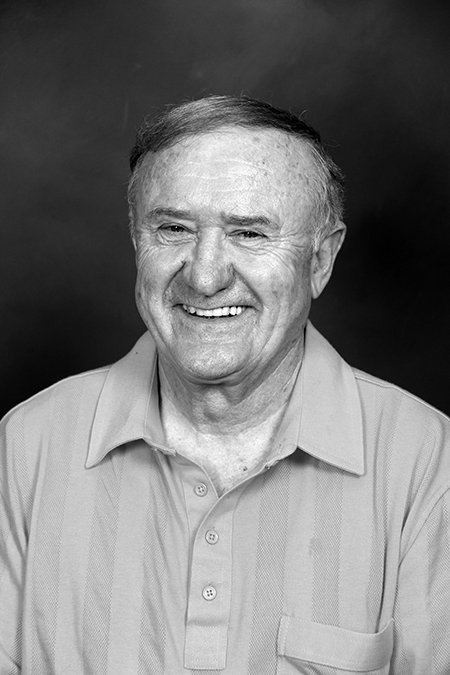 In the history of Hinds, there has probably not been a man who loved, studied and cooked meat as much as Dr. Roger Jones. An instructor in the Agricultural and Meat Merchandising Departments, he also served as the sponsor of the Hinds Agriculture Club, coordinator of the Bull Test Station and farm, and coach for the livestock judging team. Jones took it upon himself to truly be a part of his students’ lives.

He also played a big role in the life of the college, serving and cooking meat for home football games, Golf Fun Fest, Heritage Scholarship fundraisers and the Ultimate Game Dinner. Furthermore, he helped with many banquets including athletic banquets, the Agriculture Club Banquet, board luncheons and other meals hosted at the president’s home. He and colleague Lamar Currie carried the chains at home football games for more than 20 years.

After 26 years as an instructor and meat merchandising manager, Jones was selected as Agriculture Department chairman, where he then advised students studying a variety of non-meat related fields from veterinary medicine to agribusiness technology.

Jones was awarded the 3E and Life Star. He also served as the vice president for the Hinds faculty and staff alumni chapter. The Dr. Roger Jones and Lamar Currie Scholarship was established and endowed in 2000 by the Ultimate Game Dinner Committee.