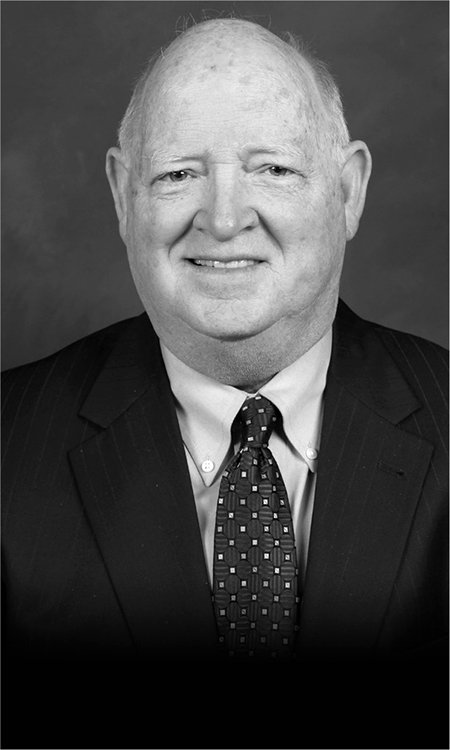 Like many trustees serving Hinds, Dr. Lynn Weathersby’s ties to the institution are anchored in his experiences as a student in the mid-1960s on the Raymond Campus. Weathersby was a campus leader, an athlete and scholar at Hinds. He was a Class Favorite and choir member.

While at Hinds, he played basketball, won class favorite, sang in the choir and participated in the Circle K service organization. Throughout his lifetime, he has credited Hinds for launching a successful career in education and county government. He shared the Hinds Alumnus of the Year recognition in 2009 with his brother, Tom, a state representative.

He served as a Rankin County supervisor, 1988 to 2000, and as superintendent of Rankin County schools, 2000 to 2016. In both positions, Weathersby worked closely with Hinds President Dr. Clyde Muse to expand the Rankin Campus and to forge innovative initiatives that became model programs for the state. Rankin County Schools and Hinds were the first to offer a Gateway to College program, which allowed at-risk high school students to complete requirements for high school graduation while taking college courses on the Rankin Campus of Hinds. During his tenure as superintendent, the district’s dropout rate decreased to 8.5 percent compared to the state average of 13.9 percent.

Lynn Weathersby served as president of the Hinds Board of Trustees in 2015 to 2016, bringing his board tenure to 21 years. He and Tom are often seen together on the Raymond Campus, just as they were decades ago.