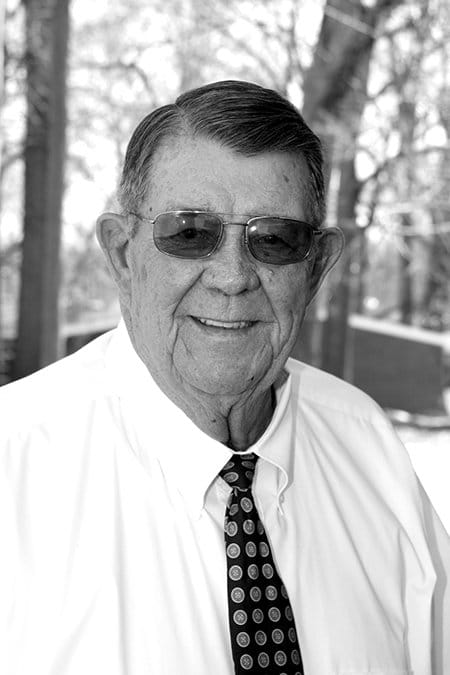 If ever there was a person who loved Hinds Junior College, it is Durwood Graham. He achieved success on the gridiron as both a player and coach at Hinds.

His first contact with Hinds was in 1952 as a senior in high school when he played football. He then played two years of junior college ball at Hinds, serving as co-captain and being named All-State of the 1954 squad that won the national championship at the Junior Rose Bowl in Pasadena, Calif. His leadership on the legendary team was just a taste of what was to come when he served two stints coaching at Hinds.

As an assistant coach in 1957, he had a perfect 10-0 record. He was head football coach from 1969 to 1979 and was named All-Star Coach of the Year in 1979. He and Danny Neely are credited with resurrecting the baseball program at Hinds in the 1970s when the two of them hauled buckets of dirt to build the field. He also coached track.

Over the years, his love for Hinds has been obvious as he has continued to attend Sports Hall of Fame dinners and many other functions.

He was a member of the Sports Hall of Fame Selection Committee for years. He also was instrumental in the development of the Athletic Alumni Chapter and has been a member since its inception.