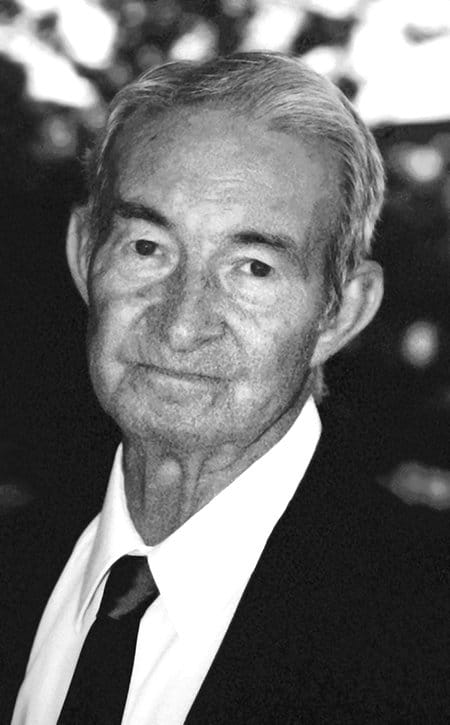 New students and faculty have probably passed through campus on Bill Oakes Drive many a day without ever stopping to wonder, “Who was Bill Oakes?” Anyone attending Hinds between 1955 and 1984 would know, as Oakes was as much a facet of the Raymond Campus as its buildings or classrooms.

Oakes began his career at Hinds in 1955, fresh from the Marine Corps and graduate school. As so many faculty did during those years, Oakes wore many hats. He was hired as recreation director but taught physical education courses and was assigned dorm monitoring duties. His later years were administrative – he was dean of students, director of counseling and director of student activities.

But what Oakes was best known for was his behind the scenes involvement, attendance and unwavering support at Hinds events. He “ran the clock” for basketball games, scouted for the football team, filmed football games, helped with track meets and women’s soccer and drove the buses.

He was a walking statistical encyclopedia, but even he lost track of the number of miles he traveled with the athletic teams, Hi-Steppers, Circle K, Phi Theta Kappa and band. He was genuinely committed to students and their success and continued his involvement years after he retired.

Students recognized his steadfast devotion when they dedicated the 1976 Eagle yearbook to him with these words, “It is with great admiration and appreciation that we honor a man who has given a lifetime of service to Hinds, its students and faculty.”

Faculty and alumni recognized his passion and devotion in 2003 when they recommended to the Board of Trustees the designation of Bill Oakes Drive on the Raymond Campus. Board members agreed, honoring the man who gave so much, for so long. Upon his death, family and friends created a scholarship in his memory.