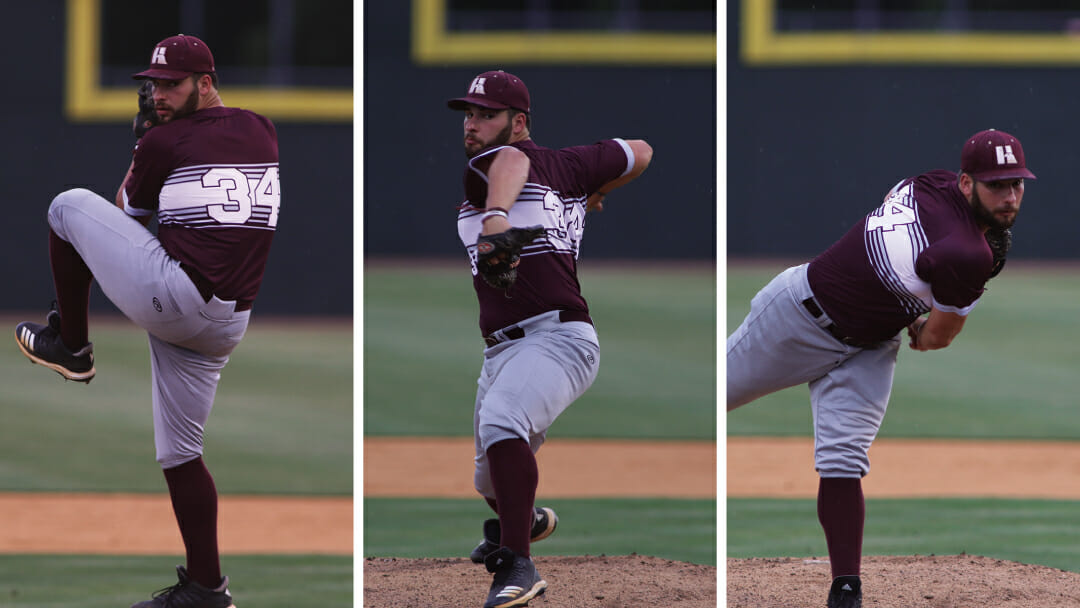 Baseball is a brotherhood at Hinds Community College and Preston Johnson (2020) holds fond memories of it, despite the success of teams he’s been part of since his Hinds days. “I absolutely loved it at Hinds,” Johnson said. “It was the best two years of my life, easily.”

Johnson helped Mississippi State University bring home its first national championship in baseball in 2021. The Bulldogs defeated Vanderbilt 2-1 in the best-of-three College World Series, with Johnson going five innings in a 13-2 win in Game 2 to become the first MSU pitcher ever to earn a victory in the championship round.

“We spent 16 days in Omaha and I pitched in Game 2 – which was one I’ll never forget. Playing at State has always been my dream. Being part of the championship team was an emotional time. But Hinds will always hold a special place in my heart,” he said. “It’s where the Lord knew I needed to be.”

Johnson, a Crystal Springs native, posted a 5-5 record in 13 appearances in his freshman season at Hinds. He followed it up with a 2-0 start in 2020 when the COVID-19 pandemic hit, shutting down the season just as the 12-2 Eagles were ranked second nationally and hitting their stride. He led the team in strikeouts both years, with 109 overall for his Hinds career.

“The virus hit and took all the wind out of it,” he said of the 2020 season. “We had some really good friendships on the team and I still either play or stay in touch with at least a dozen of those guys.” Among Johnson’s teammates on the 2022 Bulldogs is infielder/outfielder Matt Corder (2020), of Madison.

“We had study hall three nights a week,” he said. “It was fun getting to live in the dorm in Raymond. We had a lot of late nights just talking and we all became brothers.” Johnson credits longtime Eagle baseball head coach Sam Temple for making him both the person and the player he is today.

“At Hinds, I matured as a person and as a man,” he said. “Coach Temple really emphasized that – making us better people and not just baseball players.”

Temple, now head baseball coach and assistant athletic director at Clinton High School after leading Hinds baseball for 16 years, remembers a player that was prepared for the spotlight.

“He’s a great player who came from a great family,” Temple said. “On the field, he was a ferocious competitor and matchups with batters were personal. He was always a leader his teammates loved and it was a true pleasure to coach him.”

Johnson hopes to be drafted this summer by a Major League Baseball team, but if not, he said, he’ll return for a fifth year of college eligibility at MSU.