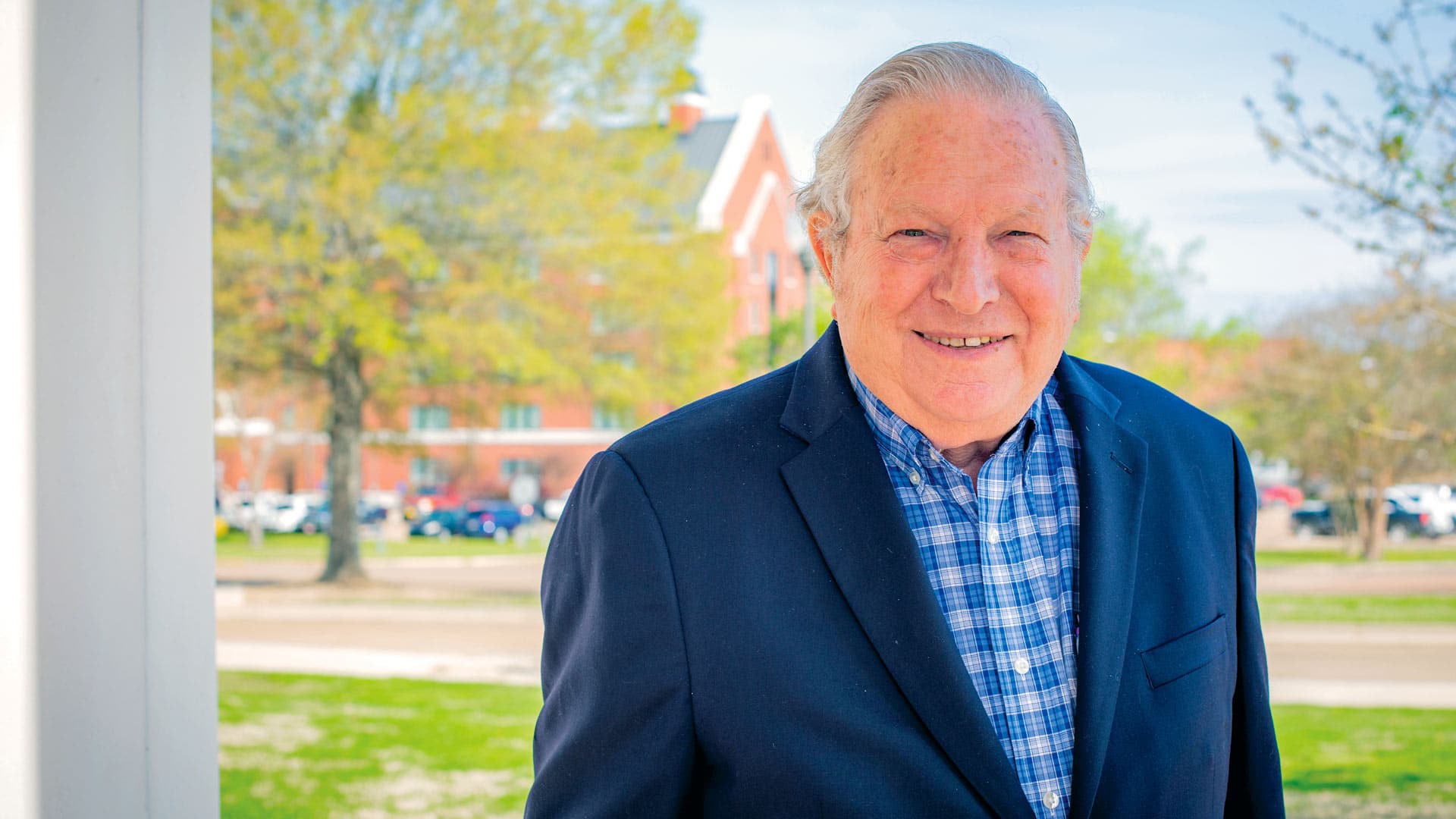 He retired from Hinds in 2007 as vice president but his commitment to the college began in 1974 as a math instructor, four years before the Foundation began.

“Some of those student stories are fantastic. You’ll hear about a kid starting with absolutely nothing and here they are – scholar students at Hinds and they’re going to go to a university. It’s great,” he said.

As a retired college employee, he is appreciative of the ways the Foundation helps employees as well, including employee recognition awards such as Hinds Heroes and the 3E Award – Emphasis on Excellence and Enrichment. “I always check the On Campus newsletter to see who is recognized. It’s always good to see people recognized for the work they do,” he said.

Hogan himself has been recognized by Hinds many times. In 2019, he was named the Alumni Service Award recipient. In 2017, he was named among the 100 People Passionate about Hinds Community College, something he values as a “tremendous honor.” And, the year he retired, he was named the recipient of the 3E Award, the highest award the college gives.

Jackie Granberry, Foundation executive director, said the Hogans frequently give to the Foundation in honor or in memory of someone connected to Hinds.

“In my opinion, this truly is the gift that keeps giving as it honors a person close to Hinds yet it also helps current and future students/employees of the college,” she said.

“Additionally, he has been a very valuable board member. He has given hours of his time in his role as secretary/treasurer signing documents and performing other duties of that office. He is always available to us and is willing to do what we need to run a more efficient Foundation.”