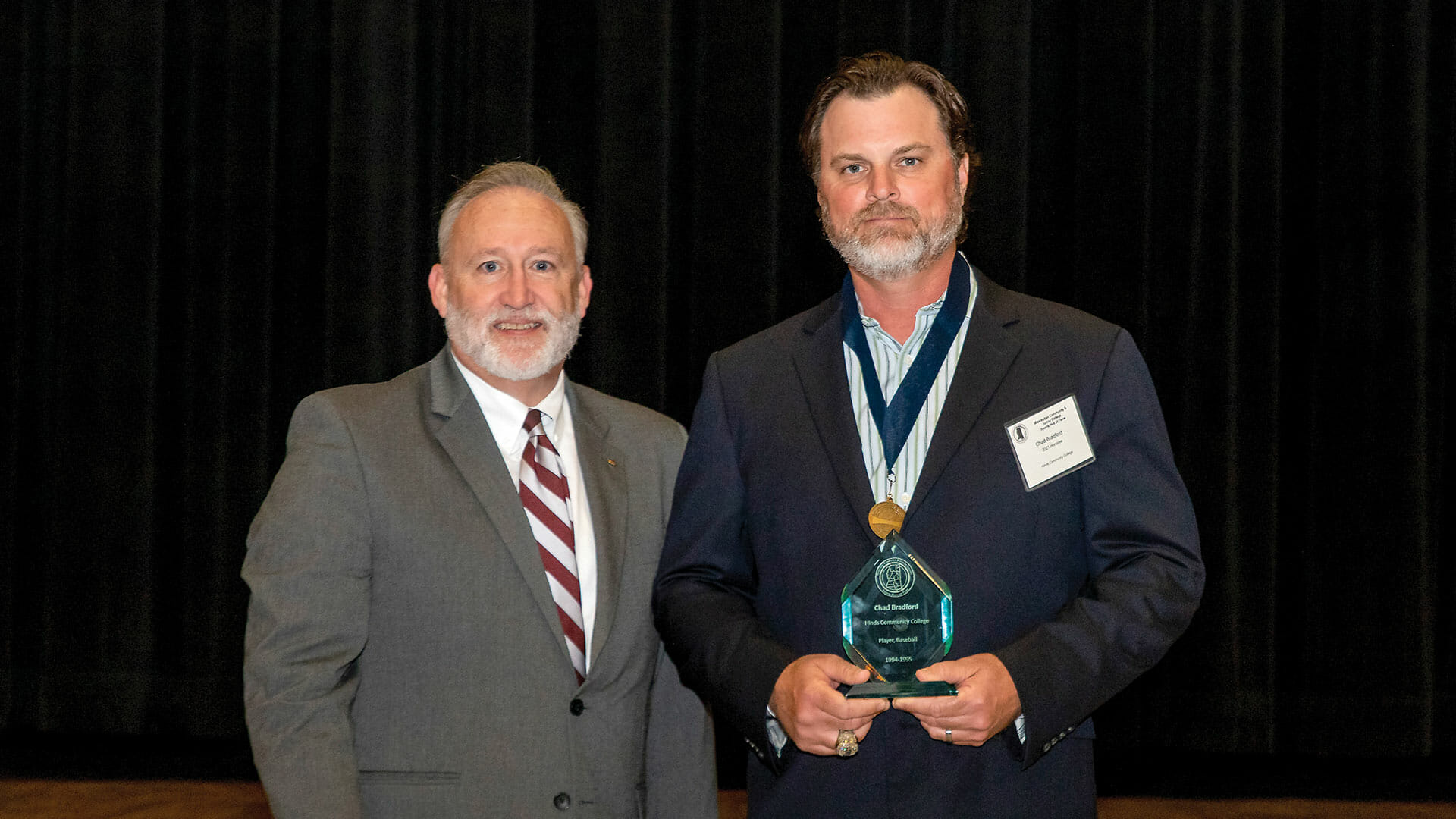 Hinds alumnus Chad Bradford (1995) was inducted into the Mississippi Community and Junior College Sports Hall of Fame on April 27.

Bradford pitched for Hinds in 1994 and 1995 and led the Eagles to back-to-back appearances in the National Junior College Athletic Association Division II World Series in Millington, Tenn.

He signed with the Chicago White Sox in 1996 after his junior season at the University of Southern Mississippi and made his MLB debut with the Sox in 1998. He later pitched for the Oakland Athletics, Boston Red Sox, New York Mets, Baltimore Orioles and Tampa Bay Rays over the course of a 12-year career, one that included seven trips to the playoffs and a World Series appearance in 2008. His career record was 36-28 with an ERA of 3.26.

In 2011, Bradford was portrayed in the movie version of the 2003 book “Moneyball: The Art of Winning an Unfair Game.” The book and film centered on the approach taken to building a roster by the Athletics, where Bradford spent four seasons.

After his baseball career, he turned to coaching. He was pitching coach at Central Hinds Academy (CHA) from 2010-12, then returned to Hinds in the same capacity. In three seasons with Bradford in the dugout, the Eagles were NJCAA World Series runner-up and won the state championship the following year. Also, he coached 20 pitchers at Hinds who advanced to the next level.

In 2016, he returned to CHA, again as pitching coach. In his second year back, the Cougars secured a spot in the state championship game.

He lives in Raymond with his wife, Jenny. His son, Keller, is a former assistant baseball coach at Hinds. His daughter, Lanie, attends the University of Southern Mississippi. He currently coaches the Little League team his son Walker, 11, plays on.