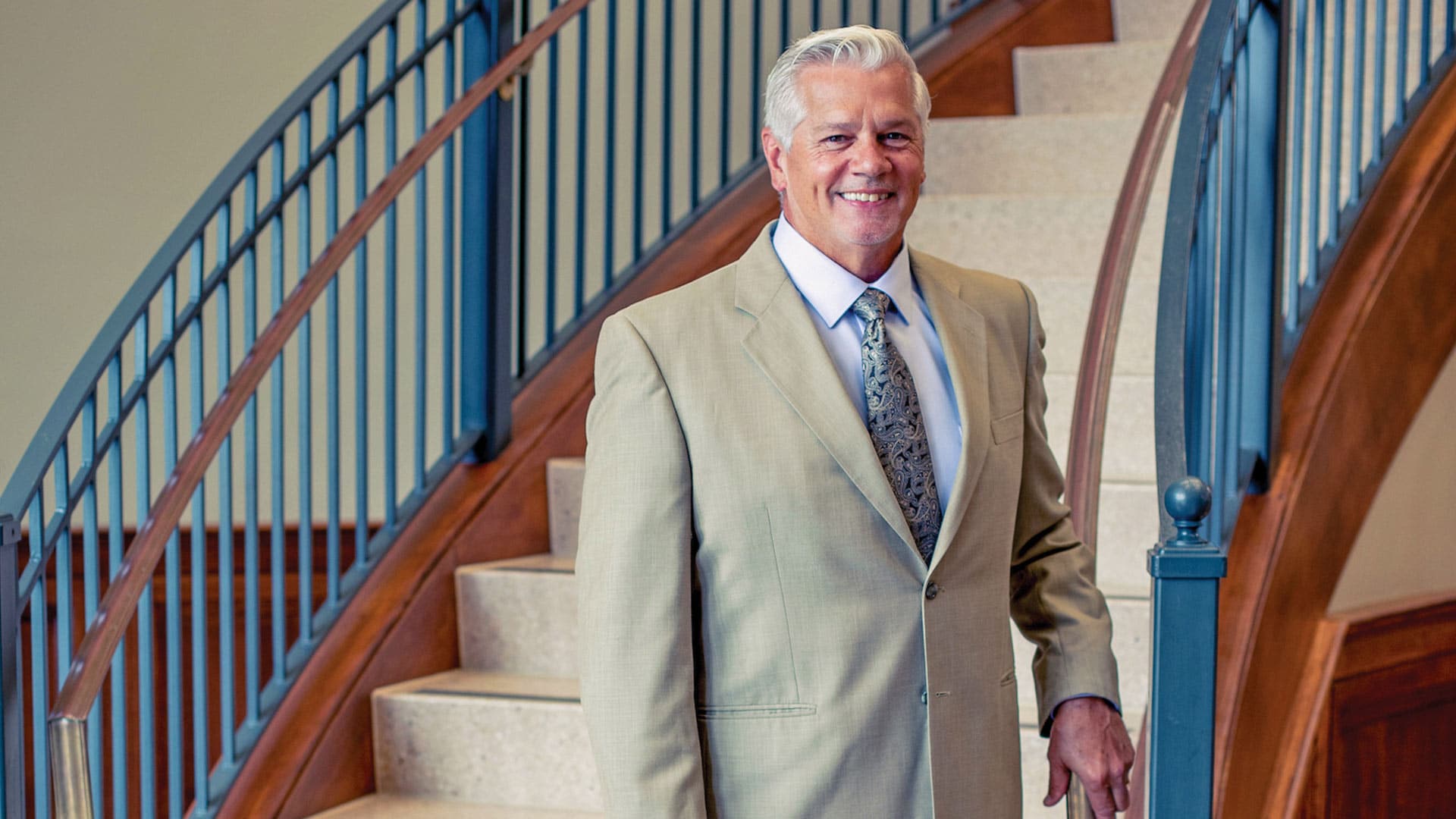 Ken Coomes grew up in Vicksburg as the third-oldest in a family of 12 children. At 14, Coomes went to work and gave his money to his family – the only way they could pay the bills.

“My mom used to tell me there were blessings in poverty,” said Coomes, who is the 2020 Alumni Service Award winner. “I would tell her she could have all of mine. My father worked several jobs for a beverage distribution company owned by my mom’s cousin and I asked him one time what success is. He said, ‘It’s being happy with where you are and what you have at the present time.’ I hold close to those words every day. Somehow, it keeps me focused.”

When any of the boys in the family turned eight, they went to work to help their father on the truck route. At 16, Coomes and his brothers went to work at a Jitney Jungle store in Vicksburg. All paychecks still went to dad so the bills could be paid.

“We didn’t have cellphones or computers, or games or air conditioners,” he said. “Some places we lived didn’t have running water. We had a well, and we bathed in a washtub on the back porch. We didn’t have money for Christmas or birthdays, but we did have loving parents who taught us how to love and support one another.”

He felt college wasn’t an option for him due to cost, but he set out to fuel what he calls “a burning desire to get ahead in life” through hard work. The result has been a successful business career and a lifetime of service to Hinds Community College and education in general.

At 20, he bought an old truck and began a vending route. Persistence and hard work led to other routes and a growing business. Now, 46 years later, he owns Coomes Distributors Inc., in Brandon. Operating primarily in snack food vending, the company has annual revenues of more than $1.5 million.

A member of the Hinds Community College Foundation Board of Directors, Coomes’ support for Hinds has involved ensuring the kinds of educational opportunities for children that didn’t come his way. Each of his five children, Jake, Jordan, Chris, Mindy and Monica, attended Hinds. Already the benefactor for the Ken Coomes Endowed Scholarship, he provided another scholarship in memory of his mother following her death in 2018.

“There are so many people who deserve this award, but it’s my honor to accept it this year,” Coomes said. “It has been rewarding to work with Hinds for the past 30 years because I’ve seen lives change.

“One was a young lady one year who received a scholarship who could not otherwise afford to go to college. I’ll never forget her mother contacting me and thanking me. She said, ‘Because of you, my daughter can fulfill her dreams and become a nurse.’ The love in a parent’s heart is to see their child simply have a fair chance at life,” he said. “Blessings come from giving and receiving. So, that young lady to whom I gave a scholarship got her blessing from me and I got my blessing from her mother.”

His participation in events to raise funds for scholarships through the Hinds Community College Foundation include placing teams each year in two golf tournament fundraisers, the Golf Fun Fest at Eagle Ridge and the Clyde Donnell and Othel Mendrop Memorial tournament at Clear Creek in Warren County.

His support has extended to the Rankin Campus in particular, as for years he has provided support that has fostered the campus’ growth, particularly the Secondary Career and Technical Center.

“In the early years in the development of the Rankin Campus, when only high school students were attending the campus, Mr. Coomes would give a $100 bill and a bicycle to any vo-tech student with a perfect attendance record,” wrote Jimmy C. Smith, former vice president for the campus, in a letter nominating Coomes. “I know of no other person more deserving than Mr. Coomes for this award.”

Coomes has tried his level best not to forget his beginnings – a life rooted in hard times. “What do you want to leave this world when it’s time for you to go?” he asks. “I hope we did our best to carry the poor and underprivileged across the finish line.”